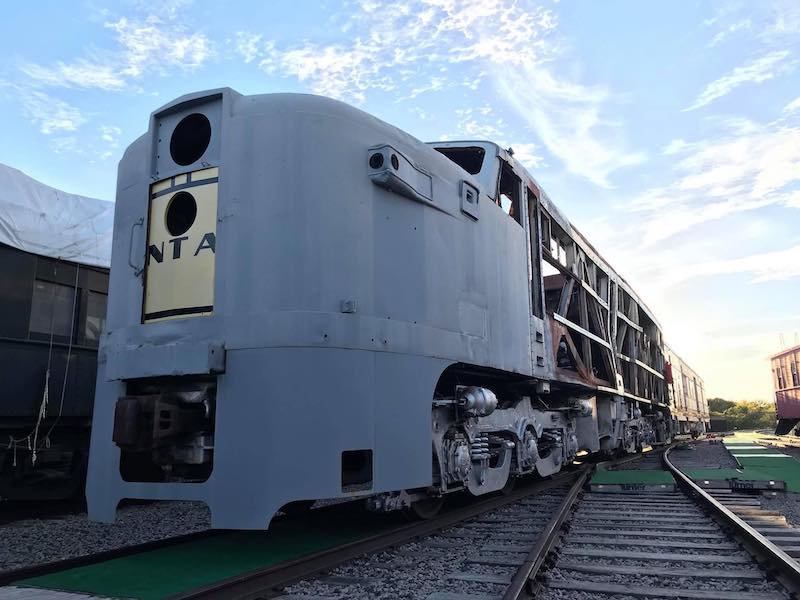 Santa Fe PA 59 in Frisco, Tex. Photo Courtesy of the Museum of the American Railroad.

FRISCO, Tex. — The restoration of one of the last Alco PA locomotives is getting a big boost thanks to a major donation by Ohio’s Cuyahoga Valley Scenic Railroad. Within the next month, the cab roof of a soon-to-be-scrapped MLW FPA4 will head south to Frisco, Tex., where the Museum of the American Railroad is presently restoring Atchison, Topeka & Santa Fe Railway PA 59.

Museum trustee Robert Willis said that major work on the PA has come to a crawl in the last three years because of issues with the roof, which was heavily damaged in a rollover wreck when the locomotive was in Mexico in the 1980s. Because the roofline of the iconic Alco is so unique it was nearly impossible to find someone who could make a replacement for it. Then earlier this year, the roof of a parted-out FPA4 in Ohio became available. Willis said while the FPA4 and PA locomotives are different, the roof of the two classes are identical, a fact that was confirmed with the help of Rapido Trains Inc., a Canadian model railroad manufacturer that has done 3D scans of both the FPA4 and PA locomotives. 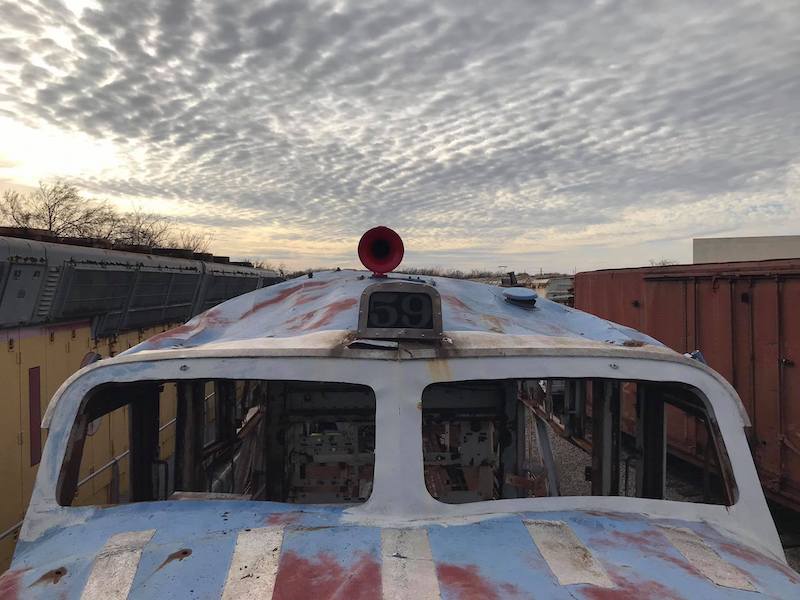 The damaged roof of Santa Fe PA 59. Photo Courtesy of the Museum of the American Railroad.

Earlier this fall, Willis went to Ohio to inspect the roof and some other parts that will be used on the PA. If everything goes according to plan, the roof will be trucked to Texas before the end of the year and be installed on the locomotive sometime during the first quarter of 2021. Once that happens, volunteers will begin the process of straightening out the rest of the PA’s damaged body. While the PA’s original roof was unfixable, Willis is confident the rest of the locomotive’s frame can be fixed.

“Metal moves and if it doesn’t move, get it red hot and then it’ll move,” he said.

Once the roof is installed, Willis is confident that progress on the restoration will rapidly increase and that it won’t be long until 59 reemerges in its iconic Warbonnet red, yellow and silver paint. Eventually, the museum would like to restore the Alco to operation.

Four ATSF PAs survived and ended up on the Delaware & Hudson and later in Mexico. Two remain in Mexico but the other two returned north thanks in large part to the efforts of preservationist Doyle McCormack, who is restoring 59’s sister locomotive, ATSF 62, into Nickel Plate Road 190 in Portland.

For more information and to learn how to donate to the restoration visit www.pa59.org.