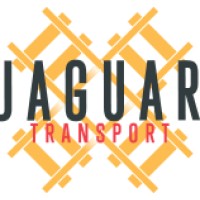 ST. LOUIS — A new railroad may soon be taking over the former Rock Island mainline in Missouri, running west from St. Louis to Labadie and Union. The Missouri Eastern Railroad is expected to begin operating in January, following the finalization of the right-of-way acquisition from the current owner, Utah-based V&S Railway LLC. The new railroad will displace the current operator, Central Midland Railway, according to a recent filing with the U.S. Surface Transportation Board.

The MER will be the latest expansion by Jaguar Transport Holdings, which in 2020 acquired five short lines previously owned by The Western Group, including Cimarron Valley Railroad,
Southwestern Railroad, Texas & Eastern Railroad, Washington Eastern Railroad and Wyoming and Colorado Railroad. The company and the affiliated Jaguar Rail Holdings also operate the West Memphis Base Railroad and the Marion Industrial Center in Ohio.

In addition to purchasing the roughly 43-mile line between Vigus and Union, Mo., the company is negotiating with Union Pacific and V&S regarding overhead trackage rights on a 10-mile segment from Vigus to Rock Island Junction.

Originally built by St. Louis & Western, it became part St. Louis Subdivision of the Rock Island system until that railroad was liquidated in 1980 and Southern Pacific took over. Most operations west of Union to Kansas City had already ended by that time. It operated weekly coal trains on the line  from St. Louis to the power plant at Labadie until the merger with UP allowed that traffic to shift to UP’s Sedalia Sub in 1995. In 2000, UP leased the line to Missouri Central, a subsidiary of the Labadie power plant operator, Ameren. The line was subsequently leased to short line operator Progressive Rail, which has operated it as the Central Midland Railway since that time.