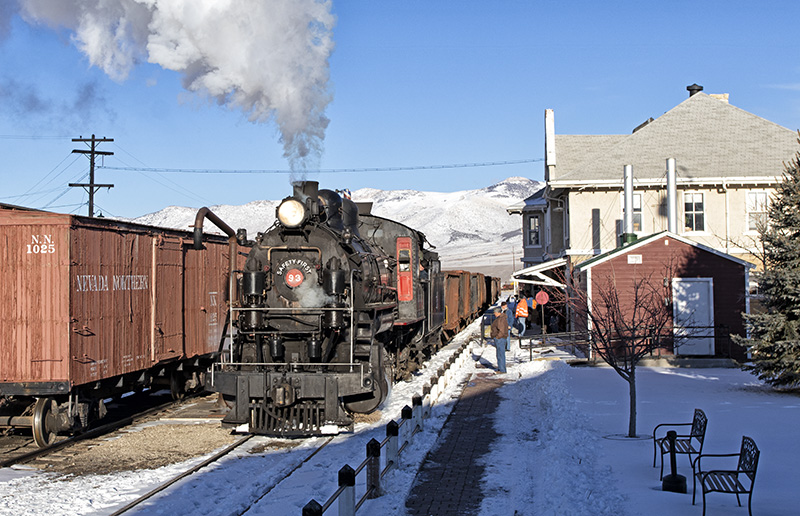 EAST ELY, Nev. — The Nevada Northern Railway Foundation is asking the state legislature to give it control of two historic buildings at its 56-acre rail yard in East Ely, Nev.

While the Nevada Northern controls most of the 60 buildings and structures on the site, two of them — a freight house and the second floor of the East Ely Depot — were transferred to state control in the late 1980s when the museum was just starting. At the time, the general consensus was that the state had more resources to maintain the former Kennecott property, which had been donated to the city. The original plan called for buildings to be handed over to the state every few years. But the state put the plan on hold in 1993 due to budget cuts. No further transfers were made but the freight house and part of the depot remained under state control. The upstairs of the depot has a small state-run museum. The state legislature will consider a bill next month that would return the buildings to the foundation. White Pine County Commission, Ely City Council, White Pine County Board of Tourism and Recreation, White Pine Main Street Association, and the Nevada Northern Railway Foundation’s Board of Directors have all voted, unanimously, in support of the transfer of the two buildings.

“The community will not be losing a museum, but rather it will be gaining a larger museum,” wrote foundation president Mark Bassett. “Our plan is to convert the Freight Depot into a museum that tells the story of the railroad and, more importantly, is open to the public daily.”

The railroad is asking for letters of support that will be forwarded to the legislature. Letters can be sent to DepotProject@nnry.com before Feb. 8.