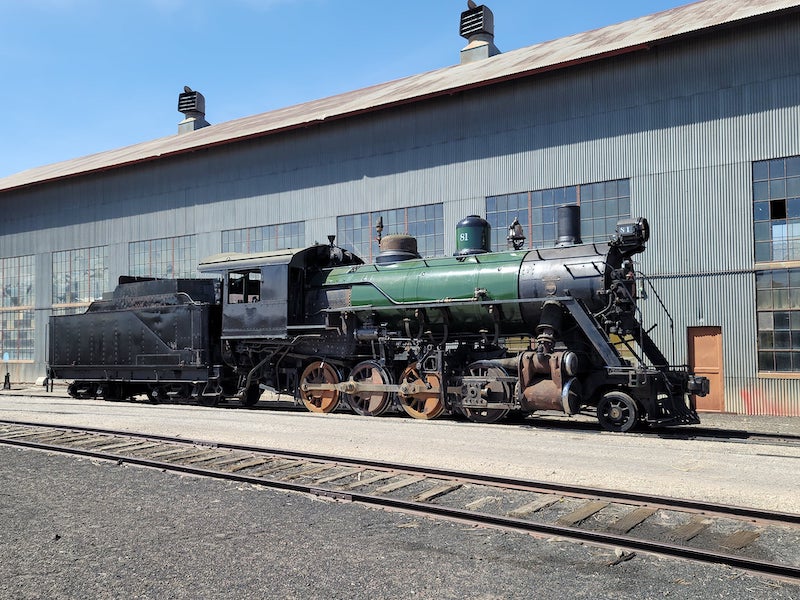 The Nevada Northern Railway Museum reports that its restoration of 2-8-0 81 was ’96 percent’ complete. The locomotive is seen earlier this spring with its green boiler. Courtesy Photo.

EAST ELY, Nev. — The Nevada Northern Railway reports that its restoration of 2-8-0 81 was “96 percent” complete and that if the museum raised an additional $166,590 in the coming weeks it would be running this summer. The museum was so confident that the locomotive would be done this year that they have even started selling tickets to a series of photo weekends featuring the locomotive scheduled for Sept. 3-5, Sept. 10-12 and Sept. 24-26.

The locomotive was built by the Baldwin Locomotive Works in 1917 and is a little bit smaller than sister locomotive 93 but a little bigger than 4-6-0 40, which was recently taken out of service. Executive Director Mark Basset calls it a “Goldilocks” locomotive because it’s just right for the operation.

After being retired in the 1950s, the locomotive was put on display in Ely before being moved back to the rail yard in the 1990s. It has sat in the backshop for a number of years waiting for its turn to run. Over the last few years, NNRy contractors, employees and volunteers have completely stripped down the locomotive and began an extensive rebuild. In 2020, the locomotive was fired up for the first time in 62 years.