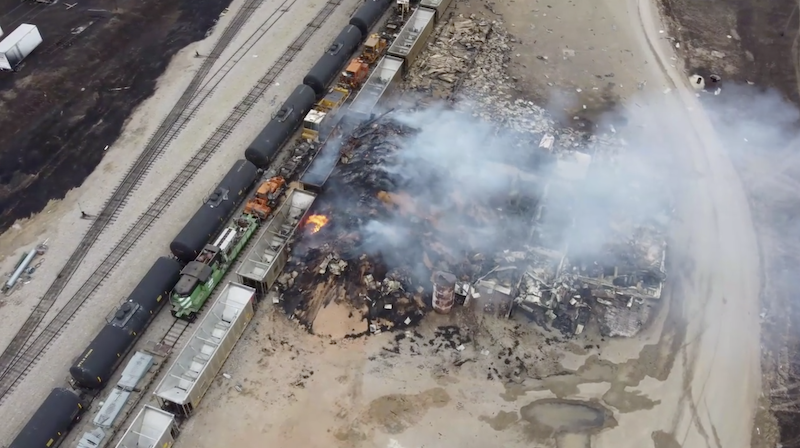 The smoldering remains of a grain elevator near the Central Montan Rail yard in Denton. Dozens of homes were lost in Denton following a late-season wildfire last week. Photo Courtesy of Gov. Greg Gianforte’s Office.

DENTON, Mont. — A Montana short line has survived a devastating wildfire that destroyed dozens of homes and businesses in a small town in the central part of the state. 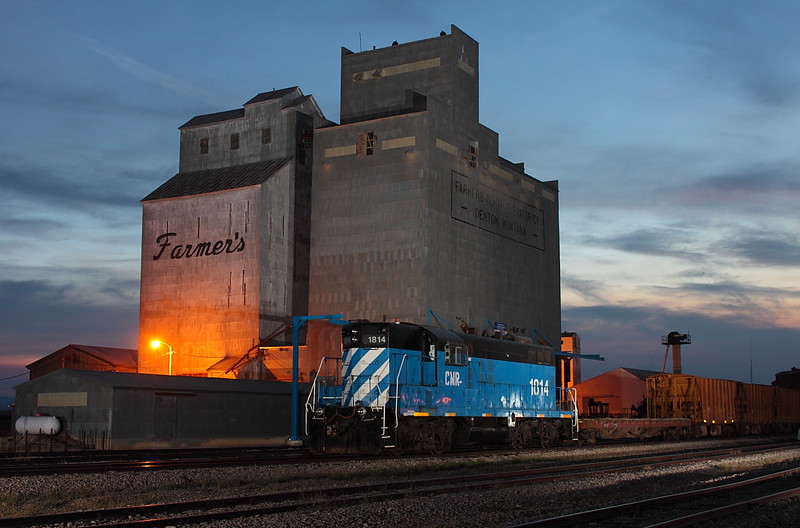 A Central Montana Rail GP9 sits in front of one of the grain elevators destroyed in last week’s fire. Photo by Justin Franz.

Last week, a shocking, late-season wildfire swept into the town of Denton, home to Central Montana Rail Inc., which operates on former Milwaukee Road and Great Northern trackage. The fire destroyed at least two dozen homes and a number of businesses, including some trackside grain elevators. The fire also destroyed one of the railroad’s small wooden bridges and some stored coal hoppers but spared the shop where its motive power is kept. CMR rosters a small fleet of GP9s and GP30s.

CMR has been running since the 1980s, when the previous operator, Burlington Northern, discontinued operations. The railroad mostly stores cars now, but it also runs seasonal excursions, including the popular Charlie Russell Chew Choo (named for the iconic Montana artist) and the North Pole Express. After the fire on December 1, the railroad announced that it was canceling some of the upcoming excursions, but on Monday afternoon, it announced that this weekend’s trips would run as normal. The trips run out of Kingston Junction, near Lewistown, which was not impacted by the fire. 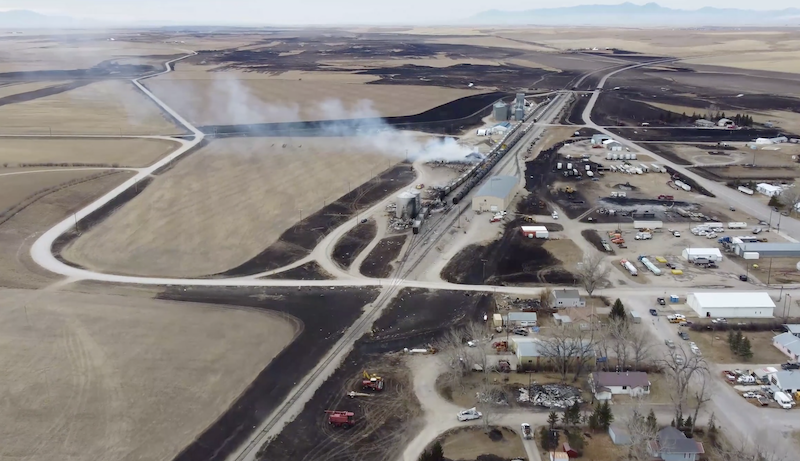 While the fire burned all around the CMR yard, the shop mostly escaped damage. Photo Courtesy of Gov. Greg Gianforte’s Office.