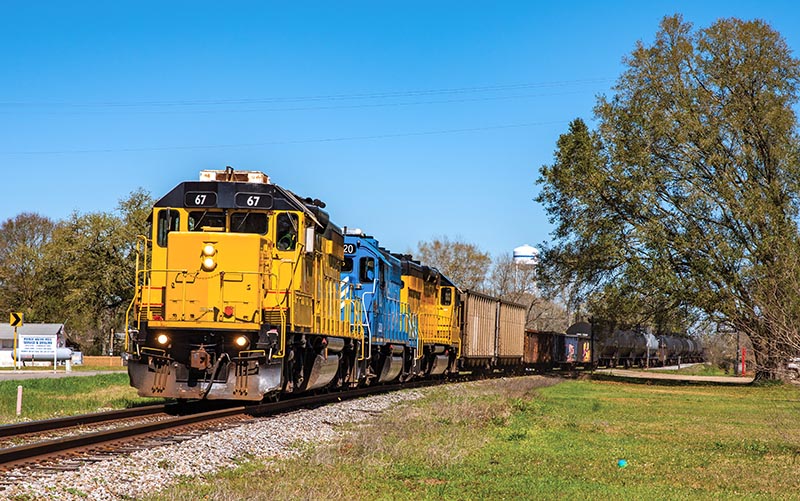 MSE Train 51 is making good speed as it passes through the big sweeping curve in Agricola, which is a few miles south on the line and a great place to catch the daily freight at speed, on February 27, 2020. —Isaac Fulford photo

By Isaac Fulford/photos as noted

One could describe Mississippi Export Railroad (MSE) as a family affair, and you would not be lying. This small southern Mississippi short line has carved out an existence in a hidden corner of the railroad world. For a century, MSE has been owned solely by the Luce family, for which nearby Lucedale, Miss., is named.

The railroad runs from the interchange with Canadian National in Evanston to Moss Point, Miss., along the Pascagoula River Basin. The MSE headquarters building also sits in Moss Point, alongside its locomotive and car repair shops. The railroad does a healthy business in both carload and unit train traffic. About once a week or so, a unit train of Powder River Basin coal is delivered by BNSF Railway to CN and, eventually, MSE. These 135-car trains run to the massive Victor J. Daniel Power Plant on the south end of the line near Helena, Miss., usually behind BNSF power. 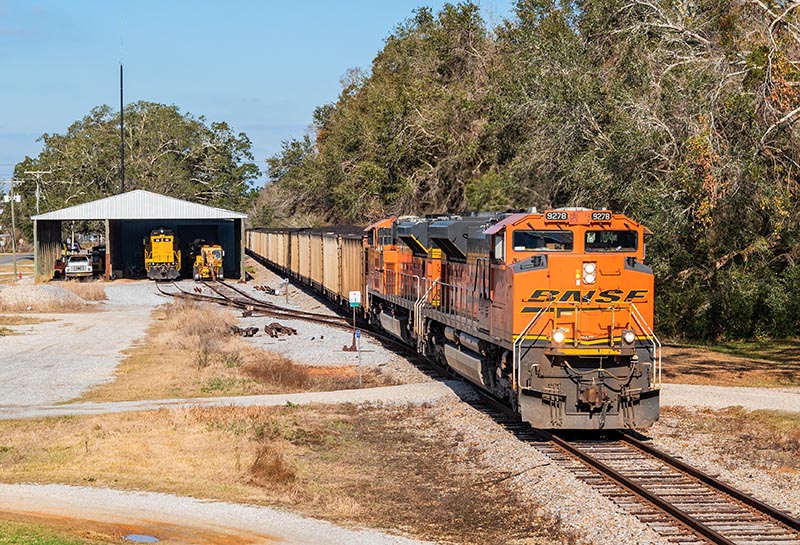 Southbound Plant Daniel coal loads pass the Mississippi Export shop complex in Hurley behind two BNSF SD70ACes on January 9, 2021. In a few short miles, the 130-car loaded coal train will curve off the main line at Helena and run a few miles to Plant Daniel for unloading. Isaac Fulford photo

The railroad receives carload interchange from both CN in Evanston and CSX Transportation in Pascagoula, Miss. Recently, MSE teamed up with CSX to build a new interchange yard that takes rail traffic out of the densely populated part of Pascagoula. The new line leaves CSX at a brand-new control point named “Kreole” on the CSX main. MSE operates a robust carload business including chemical traffic to Chevron in Pascagoula and a major industrial park in Helena. A new rock facility has opened on the north end of the line, and a new woodchip mill is under construction on the rock yard lead as well. In addition to carload freight, the railroad performs contract railcar repair at the well-equipped shops in Moss Point.

Small Beginnings
The railroad is well situated to handle a growing customer base that has it hauling more cars than ever. While today’s railroad is a fast, all-welded rail main line, the beginnings were not quite as illustrious. In 1894, a charter was obtained by Moss Point & Pascagoula Railroad for construction. A year later, the railroad began operations with a single locomotive, a few railcars, and four miles of track. The railroad was the smallest in Mississippi until 1902. That year, the line was purchased by W. Denny & Co. and extended 38 miles inland to serve the lumber industry that was exploding along the Gulf Coast. 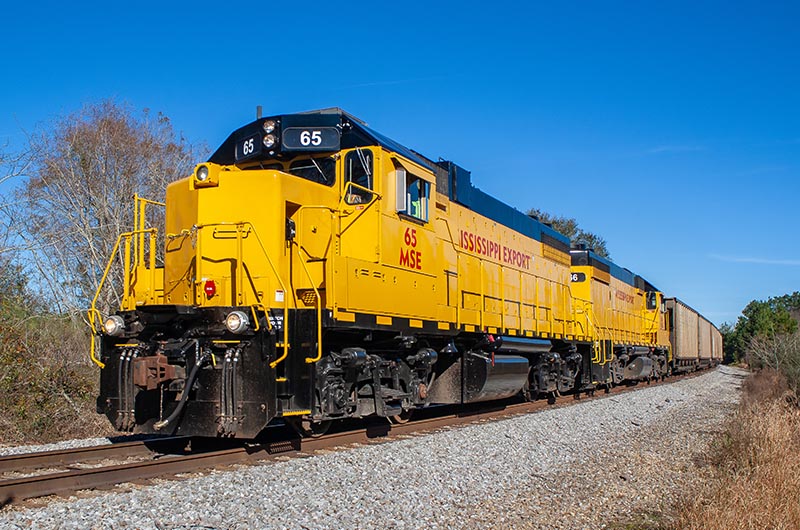 The railroad was dealt a blow in 1906 when a massive hurricane that wreaked havoc from the panhandle of Florida to the Louisiana border devastated Moss Point. Even after obtaining a common carrier license, the railroad struggled and was eventually purchased by the N.E. Turner family in 1912.

The Turner family renamed the short line Alabama & Mississippi, and subsequently extended the line to serve their own logging interests. World War I did not help the line’s prospects, and the railroad once again fell on hard times. The line gained the name “Pine-Knot Special,” recalling how firemen would burn pine knots found alongside the right-of-way in locomotives because the railroad was too poor to afford coal…

Read the rest of this story in the September 2021 issue of Railfan & Railroad. Subscribe Today!