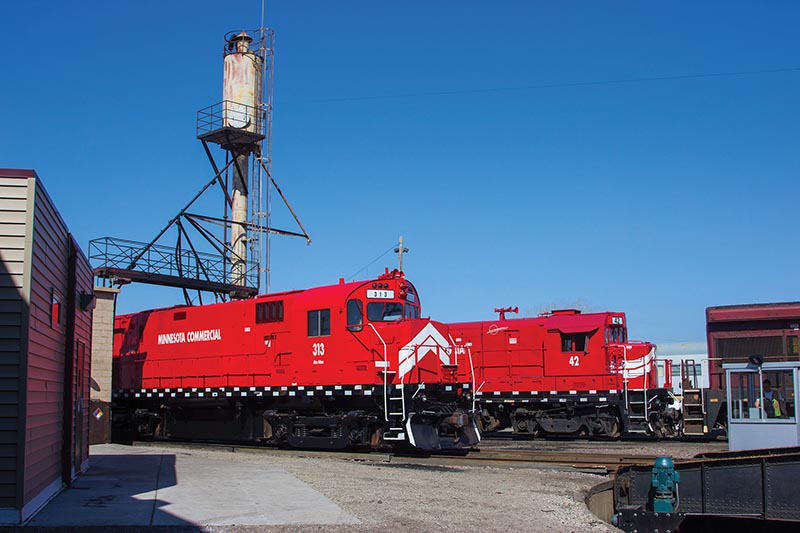 By Nick Benson/photos as noted

Minnesota Commercial, a fiercely independent switching and terminal short line, operates approximately 150 miles of track in the industrial heart of Minneapolis and St. Paul. The railroad is well known by enthusiasts for its roster of early model Alco, MLW, and GE locomotives, and many railfans have made a pilgrimage to the Twin Cities to document its operations.

Minnesota Commercial Railway was formed in 1987 when it took over the operations of Minnesota Transfer Railway, which was jointly owned by Burlington Northern, Chicago & North Western, Soo Line, and a handful of fallen-flag holding companies. In addition to the Transfer’s home rails, the newly formed railroad picked up trackage rights and long-term leases on several connecting lines. A joint subsidiary of successors BNSF, Union Pacific, and Canadian Pacific, MT Properties, Inc., retains ownership of much of the property, which is now on a 50-year lease to Minnesota Commercial.

John Gohmann, Minnesota Commercial’s owner, passed away in December 2020, leaving many inside and outside the company concerned about the road’s future, both as an independent company and as a haven for unusual railroad equipment. Fortunately, Wayne Hall, co-president and chief operating officer, made assurances that things will continue as they had in the past for as long as he is around. Hall said a handful of purchase offers came across Gohmann’s desk each year, but were never seriously considered. Simply put, Gohmann didn’t trust anyone else to do right by the Commercial’s customers and employees. 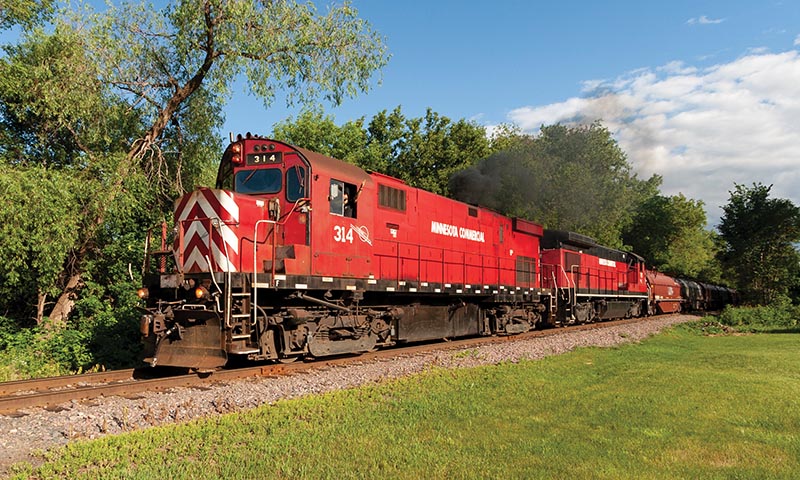 With its network located in the middle of the Twin Cities rail system, Minnesota Commercial interchanges with neighboring railroads on a frequent basis — daily interchange with Canadian National and Union Pacific; deliveries seven days a week from Canadian Pacific, with pickups as needed; BNSF three days per week; and Twin Cities & Western as needed. Traffic handled by the four to six regular daily jobs is diverse, with grain, steel, chemicals, plastics, and lumber — just about everything short of automotive, intermodal, and coal.

Before St. Paul Union Depot reopened after renovations in 2014, Amtrak’s station in the Twin Cities was Midway, a few blocks north of Minnesota Commercial’s roundhouse. Minnesota Commercial historically switched head-end/rear-end freight there, adding and removing material handling cars, RoadRailers, and an extra Chicago coach for the Empire Builder. While the once-daily Empire Builder no longer has a regular stop at Midway, private passenger cars, especially those from Minneapolis’ Friends of the 261 fleet, are still added and removed there. The Empire Builder’s route via Minnesota Commercial and Canadian Pacific trackage allows it to pass through Union Depot without a reverse move.

As the economy and regulatory environment have shifted, so too has Minnesota Commercial’s network. While the railroad has a Positive Train Control waiver for its home rails, its requirement for trackage rights moves to interchange with BNSF at Northtown and to handle traffic for Andersen Windows in Bayport via Union Pacific has meant ceding those duties to the Class Is. Commercial gentrification, especially in the area around the University of Minnesota, has displaced a few customers, and power generation at the university largely switched from coal to natural gas. While the larger, more visible customers in that area might be gone, transload business allows fans to occasionally catch a move in the Dinkytown Trench, where passenger trains heading to and from the Minneapolis Great Northern Depot, via the Stone Arch Bridge, once roamed. 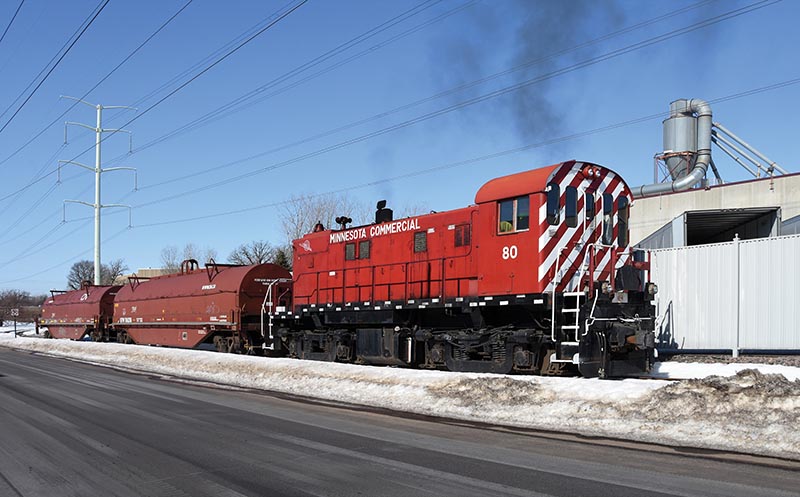 ABOVE: MLW RS-23 80 is assigned to subsidiary Commercial Transload of Minnesota where it can be found working along 71st Avenue NE in Fridley on February 25, 2021. —Robert Ball photo

Management at the railroad is aware of the historical significance and interest in its equipment; while waivers to explore and take photos on the property were still available until fairly recently, COVID and heightened security concerns have ended that practice. A fence was recently erected around the stored locomotives near the roundhouse, and while it will hinder clean roster shots, it’s still possible for enthusiasts to see what power is kept there. Those setbacks aside, there’s no shortage of safe, public locations for fans to observe operations.

The Fleet
The current locomotive roster consists of 25 locomotives and a trio of slugs, including several unusual Alcos, MLWs, and Santa Fe Cleburne rebuilds. Gohmann, Commercial’s former owner, was a businessman and a railfan, and enjoyed having the opportunity to keep that unusual equipment in revenue service. Chief Mechanical Officer Ken Noren joked Gohmann ran it as his full-sized model railroad. In an environment where economies of scale and standardization are highly sought, oddball equipment can often be picked up at a very good price, though at this time there aren’t any plans to add to or remove any locomotives from the fleet…

Read the rest of this article in the October 2021 issue of Railfan & Railroad. Subscribe Today!