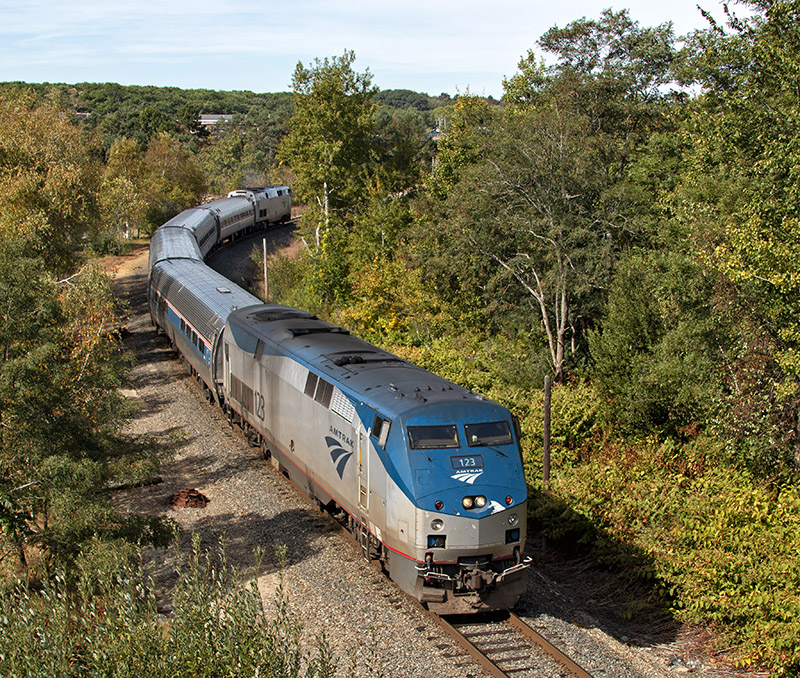 AUGUSTA, Maine — There’s an old saying in presidential politics, “As Maine goes, so goes the nation,” a nod to the Pine Tree State’s role as a bellwether state on election night. Can the same be said for railroad acquisitions? CSX Transportation is hoping so.

Last week, the Northern New England Passenger Rail Authority — the state rail authority that backs Amtrak’s Downeaster service between Boston and Maine — and Maine Gov. Janet Mills threw their support behind CSX’s plan to purchase Pan Am Railways. The support from the Pine Tree State runs against the grain of what other prominent stakeholders have been saying about the plan in recent months, most notably Amtrak. In June, Amtrak President Bill Flynn said that CSX’s plan to take over the New England regional was “a significant threat to the American traveling public.” States like Vermont and Massachusetts have also had a tepid response to the proposal.

Gov. Mills, a Democrat, wrote in a letter to the U.S. Surface Transportation Board that she believed the acquisition would ultimately help Maine’s economy.

“This transaction has the potential to bring substantial benefits to Maine,” she wrote. “The state of Maine relies on rail traffic to deliver goods and support our economy. If the transaction is approved, CSX has indicated that it will make upgrades to track and locomotives to provide improved service, extend positive train control on Amtrak’s Downeaster, and make other improvements to the rail network.”

Patrica Quinn, executive director of the passenger rail authority, outlined the settlement between NNEPRA and CSX in a letter that was submitted to the board as well. In it, she stated that CSX had agreed to comply with existing operating agreements between Pan Am and Amtrak; to minimize maintenance-related disruptions to service; and to work with Amtrak in good faith on schedule updates. CSX has also agreed to support a trio of major projects along the Downeaster route: a 6-mile extension of the siding at Wells, Maine, to better improve train meets; the construction of a new station in Portland, Maine, on the main line, to eliminate a lengthy backup move into the current station; and the installation of Positive Train Control between the Massachusetts-New Hampshire state line and Brunswick, Maine.

Late last year, CSX announced that it would purchase Pan Am for an undisclosed amount of money. As part of the proposed plan, Genesee & Wyoming would operate Pan Am Southern — a joint venture between Pan Am and Norfolk Southern — and NS will get trackage rights over CSX’s Boston Line so that it can move double-stack trains to Ayer, Mass. The new G&W line would be called Berkshire & Eastern. CSX would operate the railroad east of Ayer, Mass., into New Hampshire and Maine. Last month, the STB announced it had accepted CSX’s most recent petition, setting the stage for a possible spring 2022 takeover of Pan Am.