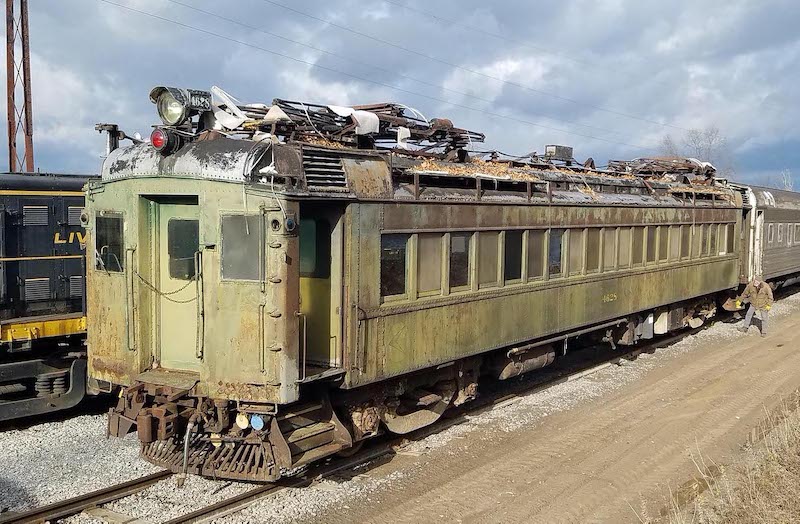 ROCHESTER, N.Y. — A former Delaware, Lackawanna & Western electric multiple-unit car will be heading home to New Jersey this spring, thanks to a partnership between the Rochester & Genesee Valley Railroad Museum, Tri-State Railway Historical Society and BDP Holdings, LLC, the company behind a new community-oriented development project in Montclair, N.J.

DL&W 2628 was built by Pullman in 1930 for use in New Jersey commuter service. It served the Lackawanna, Erie Lackawanna, Conrail and finally NJ Transit, before being retired in 1984. It was acquired by Rochester & Genesee Valley the following year. As part of the deal, the car will be transferred from R&GV to Tri-State, which will oversee its restoration at Morristown & Erie. It will then be put on display at the former DL&W Terminal in Montclair, which is currently being redeveloped by BDP Holdings into “Lackawanna Plaza.” The developer will pay for the restoration. 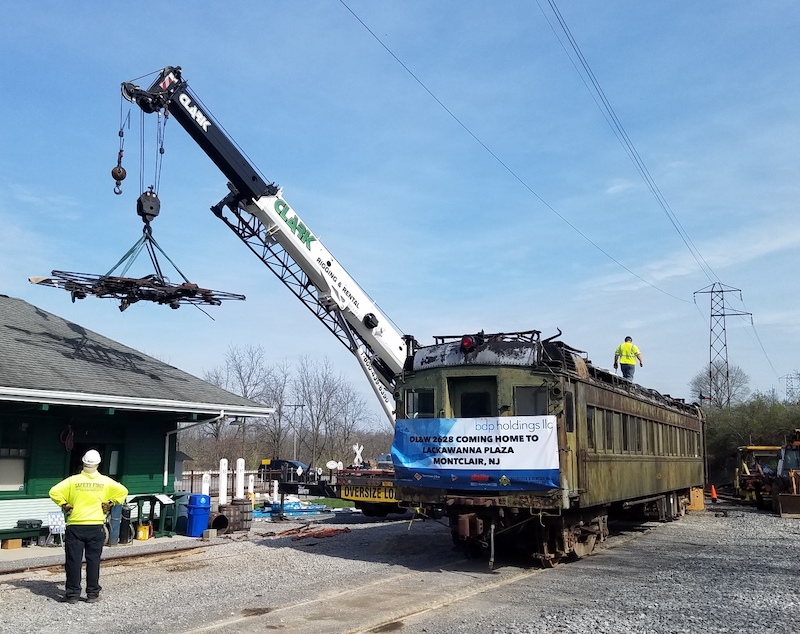 DL&W 2628 is seen at the Rochester & Genesee Valley Railroad Museum on Monday before being lifted for its trip to New Jersey. Photo by Otto M. Vondrak.

King added that while others survive, many of the original components were often sacrificed to repurpose the cars for tourist trains, such as the pantographs used to power the electric train car. As a static exhibit, DL&W 2628 will be returned to its original condition as much as possible.

Car 2628 was to be placed on a flatbed trailer on Monday and begin its journey east on Tuesday.

“We feel so grateful to have had a significant piece of history in our collection for nearly four decades,” said Otto M. Vondrak, president of the Rochester & Genesee Valley Railroad Museum. “We are deeply appreciative of our partners at Tri-State Railway Historical Society for their collaboration in restoring and returning DL&W 2628 to New Jersey and providing the best possible setting for historic interpretation.”