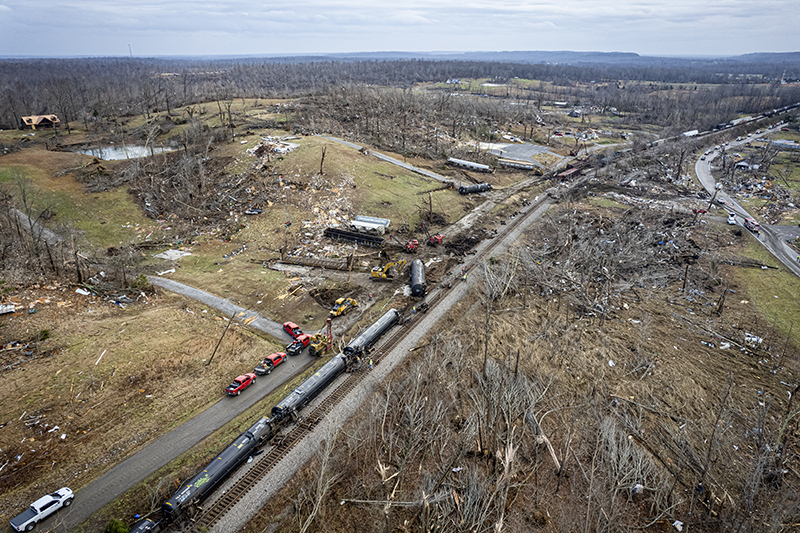 A late-season tornado outbreak killed dozens of people across six states over the weekend. A CSX train derailed between Earlington and Mortons Gap, Ky. as a result of the storm. Photo by Jim Pearson.

HOPKINS COUNTY, Ky. — A CSX Transportation train derailed in Kentucky over the weekend during a late-season tornado outbreak that killed dozens of people across six states.

The tornado activity began in northeastern Arkansas on Friday evening and continued northeast through the night, leaving a path of death and destruction in its wake. Kentucky bore the brunt of the outbreak and as of Monday, the New York Times reports that at least 64 people there were killed and more than 100 were still missing.

The extent of the damage from the storms to the region — and its railroads — was still being determined this week, but the storm did take out at least one CSX train between Earlington and Mortons Gap, Ky. Drone photos provided by photographer Jim Pearson show dozens of cars that were part of train Q500 strewn about the right-of-way. The Courier & Press reported that there were no injuries as a result of the derailment.

Click here for information on how to help the victims of this weekend’s storm. 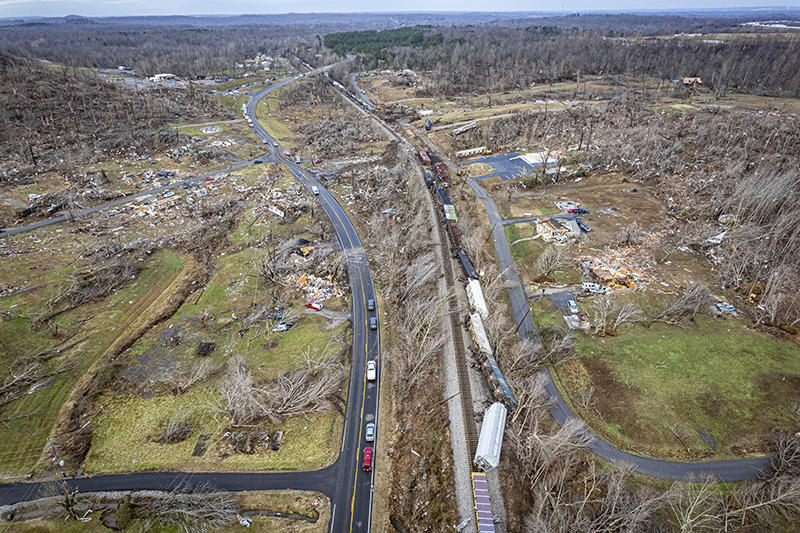 CSX Q500 derailed on the Henderson Subdivision between Earlington and Mortons Gap, Ky on the night of December 10 due to the tornado that swept through the area at about 11 p.m. causing major damage along its path. Photo by Jim Pearson.