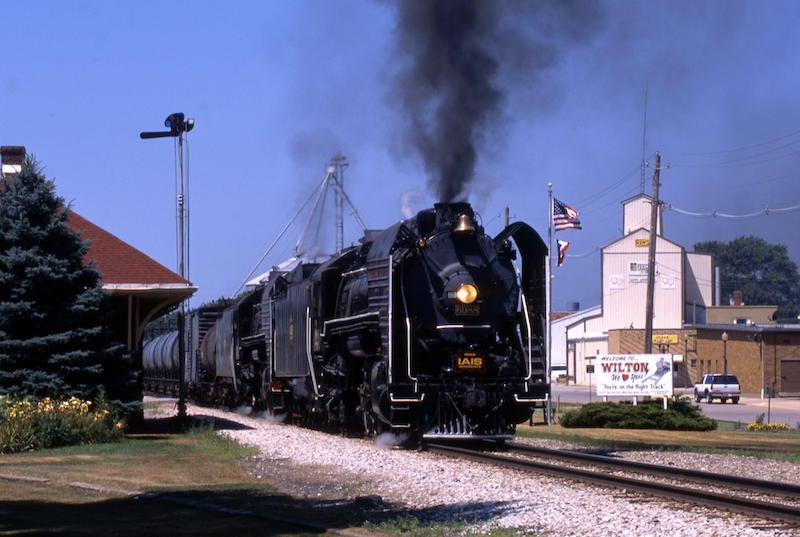 SILVIS, Ill. — Iowa Interstate’s Chinese-built 2-10-2 will lead a private excursion this weekend in Iowa and Illinois. Locomotive 6988’s run from its home base of Newton, Iowa, to Silvis and Bureau, Ill., is expected to be the last outing for it before a federally-mandated 1,472-day inspection takes place.

The locomotive is heading for Silvis, Ill., on Saturday, home to the former Chicago, Rock Island & Pacific Railroad shop complex that was acquired by Railroading Heritage of Midwest America last year. RRHMA also owns Milwaukee Road 4-8-4 261 based in Minneapolis.

According to Steam Services of America and the Central States Steam Preservation Association, the non-profit that maintains the locomotive, it was being fired up on Thursday and running near Newton on Friday. On Saturday, it is expected to run from Newton to Silvis and then to Bureau, Ill. It would return west on Sunday. An exact schedule for the runs have not been released.

Locomotive 6988 is one of two QJs that Iowa Interstate purchased from China in 2006. Over the years both locomotives have been used for community events. Locomotive 6988 has been altered to look more like an American locomotive but the second one — QJ 7081, which is presently out of service — looks as it did when it was running on Jitong Railway in China in the 1990s and early 2000s. Locomotive 6988 was due for its 15-year overhaul in 2021, but Iowa Interstate got an extension from the Federal Railroad Administration to allow this run.