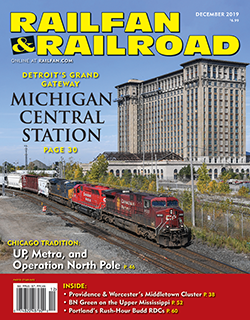 In the freight railroad business it’s often difficult to determine what’s really going on. For instance, freight business is down all over the country in the last year. But is this something serious or just a temporary blip? For now, the answer depends on who you talk to in freight railroading, and the answer seems to be, “We don’t know.”

Actually, the answer may depend on numerous factors. For instance, are freight railroads trying to get rid of traffic they don’t want? Maybe. Is the fact that coal is slowly going away a factor? Yes, but it can’t be the only factor. Will the problem straighten itself out and we’ll never know what caused it? Doubtful, but possible.

The questions could go on and on, but even the Association of American Railroads just reports the facts and doesn’t offer opinions, at least not yet. For the week ending September 24, the last AAR report as this was being written, U.S. freight rail traffic dropped 4.8 percent compared to the same period a year ago. In that week, only one of the 10 carload commodity groups that the AAR tracks weekly, motor vehicles and parts, posted an increase — 17,339 units, up 299 over the same week in 2018. Falling badly that week were coal, grain, and metallic ores and metals. The following week, the mix of winners and losers was likely to be different.

Another possible source of information was coming up several weeks after this was written, the RailTrends conference in New York. I always go to this conference because one learns a lot about what is going on in freight railroading, and I’m sure the drift downward in traffic will be a major subject of this year’s conference. Many of the heavy hitters at or near the top of the industry will be making presentations and I can hardly wait to hear what they have to say. 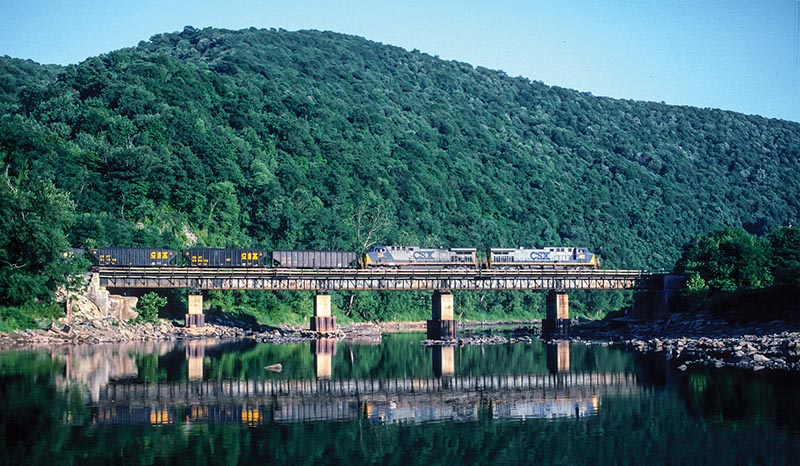 Rail freight traffic, led by coal, has shown a substantial drop in 2019 when compared to 2018. —Steve Barry photo

One thing is for certain. I’ll know a hell of a lot more at the end of the meeting than I did at the beginning, and you will see a lot of that in my future writings.

Tony Hatch is always worth reading and listening to. “The simple one-liner will be with poor traffic weighing on rails and economic/political confusion abounding, the rails will still produce decent financial results… For the intermediate to longer term, the devil will be in the details, of course.

“CSX being the leadoff hitter for rail earnings has usually turned out to be the smart play for the freight rail group. This year is riskier; but if they do come in closer to or actually flat as I think they might, then it will once again be the ‘table-setter’ par excellence for the group.”

This article appeared in the December 2019 issue of Railfan & Railroad