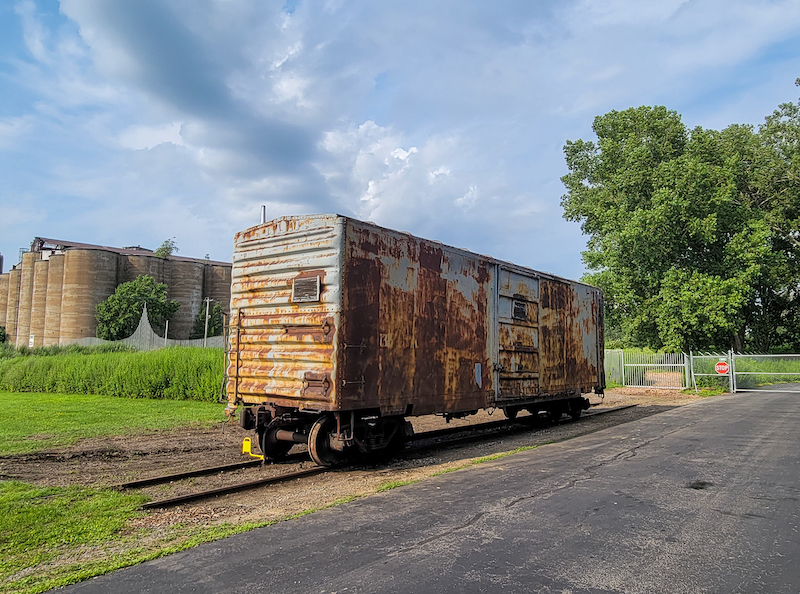 The first boxcar to be part of the Flour-by-Rail Legacy Project was moved from Rochester to Buffalo last week. Photo Courtesy of Buffalo, USA Foundation, C. D. Monte Verde.

BUFFALO, N.Y. — A new effort to preserve Buffalo’s long history as the “breadbasket of the world” received its first major artifact last week: A former Buffalo Creek Railroad 40-foot boxcar. The Flour-by-Rail Legacy Project is an educational placemaking initiative spearheaded by the Buffalo, USA Foundation and aimed at preserving, relocating and restoring rail equipment that was significant to the flour transportation business.

The first car to arrive on the Buffalo waterfront at Silo City — a cultural and ecological campus that includes the city’s historic grain silos — was Buffalo Creek 3424. The car was built in 1952 by Pullman and was one of the charter class of boxcars to feature the now-iconic Buffalo Creek “FLOUR” bag logo. The car was constructed specifically to move perishable commodities. From the 1950s until the 1970s, the cars could be found all over North America. The backers of the project plan to restore the 40-footer to its original appearance and eventually bring other cars to the site representing roads like the New York Central and Erie Lackawanna. 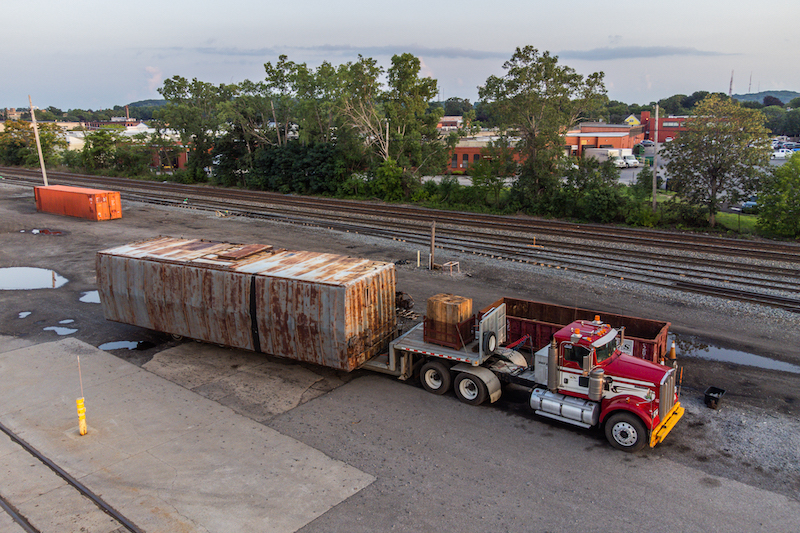 The car had been previously stored in Rochester and was acquired with the help of the Rochester & Genesee Valley Railroad Museum, which applied for and received a community service grant from CSX Transportation on behalf of the project.

“We’re excited that we were able to partner and preserve this important artifact of Western New York railroading history,” said Otto Vondrak, RGVRRM president. “More importantly, we’re excited to see this boxcar return to its home rails on the waterfront in Buffalo.” (Vondrak is managing editor of Railfan & Railroad Magazine).

Charlie Monte Verde launched the effort to preserve equipment related to the movement of flour back in 2020. He said the acquisition and preservation of this first car would not have been possible without community support.

“The support and volunteerism we’ve experienced from old and new friends, current and former members of the community, and our many partners in the effort has been more than astounding. We will make this car a humble tribute to that,” he said.

The team is working with local nonprofits and historical societies to develop interpretive educational exhibits within the car and working with a local microbrewery to develop a ‘Flour-by-Rail’- themed craft beer. For more information, visit the Flour-By-Rail Facebook page.