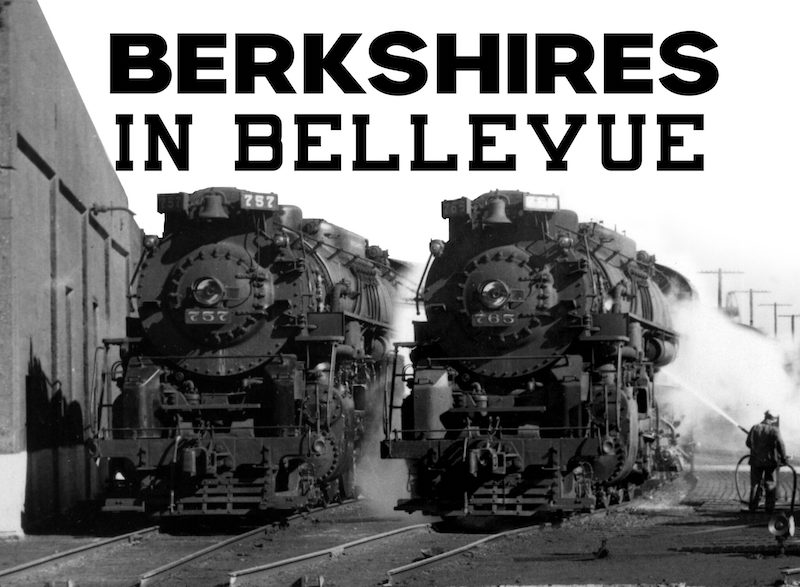 BELLEVUE, Ohio — Two super-powered steam stars from the mid-20th century will be reunited this fall in Ohio. On Tuesday, the Fort Wayne Railroad Historical Society, keepers of Nickel Plate Road 2-8-4 765, and the Mad River & NKP Railroad Museum, home of NKP 757, announced that the two Lima locomotives would be reunited this fall during an event called “Berkshires in Bellevue.”

The Berkshire-type locomotive emerged as one of the most technologically advanced and popular locomotive designs in the 20th Century and is most associated with the New York, Chicago & St. Louis Railroad, aka: the Nickel Plate Road. The high-speed, high-horsepower Berkshires was heralded as “the engines that saved a railroad,” and were a common sight across the NKP system until the 1950s. Of the 80 Berkshires built, six survive including the operating 765 and the inoperable 757, which moved from the Railroad Museum of Pennsylvania to Mad River in 2019.

NKP 765 will travel from its home base in Fort Wayne, Ind., in September and be in Bellevue from Sept. 24 until Oct. 3. During the visit, 765 and 757 will participate in a number of events, including caboose rides, hostler experiences and night photo sessions. A full schedule of events can be found online.

“Bellevue was once home to the largest railroad terminal on the Nickel Plate Road and we’re excited to honor the history of our community by bringing these iconic machines back together,” said Chris Beamer, Mad River president. “It will be the first time since 2013 that the 765 has operated at the Museum and we’re eager to collaborate with our friends from Fort Wayne to welcome hundreds of visitors to our community.”