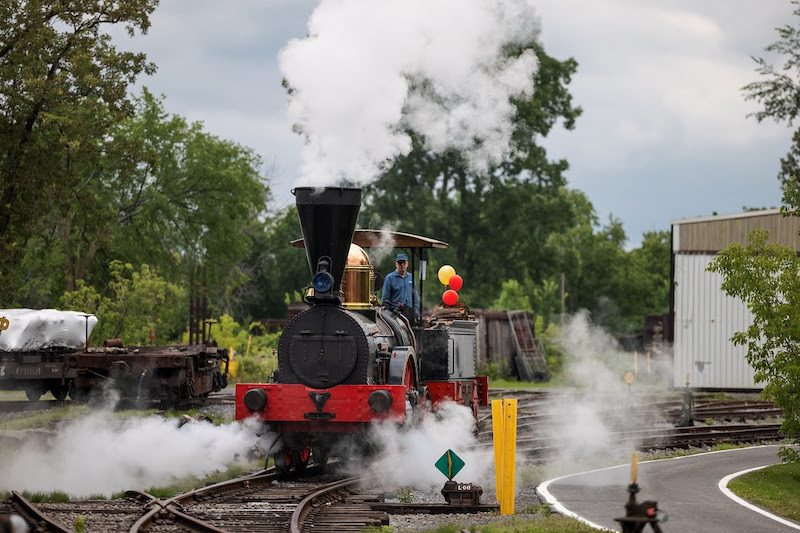 Exporail (previously known as the Canadian Railway Museum) is owned and operated by Canadian Railroad Historical Association. The museum’s founding day is significant in that it marks the anniversary of the inaugural trip over Canada’s first railway between La Prairie and Saint-Jean-sue-Ruchelieu in 1836. On Wednesday, officials from the government and museum gathered to remember the museum’s first 60 years.

“Today Exporail is the largest and best railway museum in Canada, voted by the House of Commons in Ottawa as Canada’s national railway museum,” said Robert Robinson, president of the Canadian Railroad Historical Association. 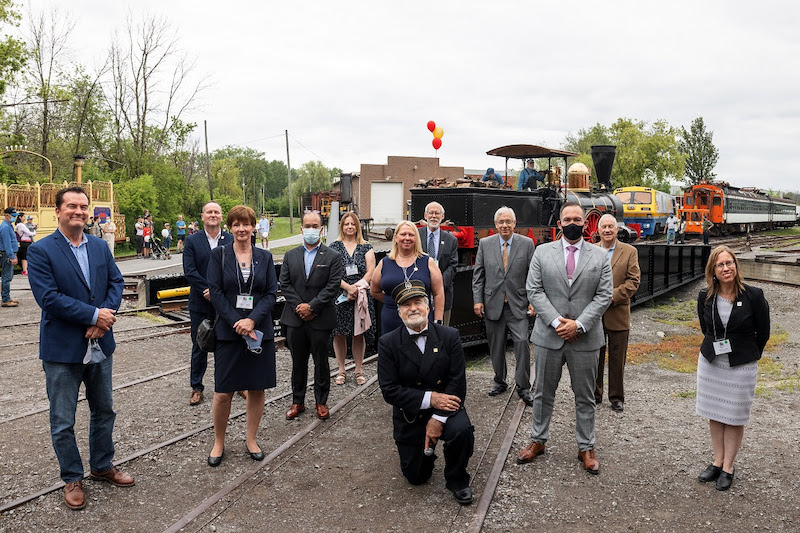 Officials with Exporail and the government gathered to celebrate the museum’s history.

During the celebration, Executive Director Nadine Cloutier said that the museum had ambitious plans for the future.

“As a museum, we continue to grow, improve and one of our priorities is to properly preserve and showcase our collection. We are currently planning an expansion project: EXPORAIL 2.0. A feasibility study is underway for this multi-million dollar project which will certainly be a flagship project in the region,” Cloutier said. “Our goal is to double the space for our collections, archives and exhibitions. We also want to provide space for catering, events, and the like to enhance the visitor experience. The Railway of the Future will also be a way to remain a relevant museum and to achieve structuring partnerships with the rail industry, urban transportation companies and communities.”

Exporail has dozens of pieces of rail equipment on display and thousands of artifacts, including the internationally significant photo and document collection from the Canadian Pacific Railway. For more information, visit the museum’s website.