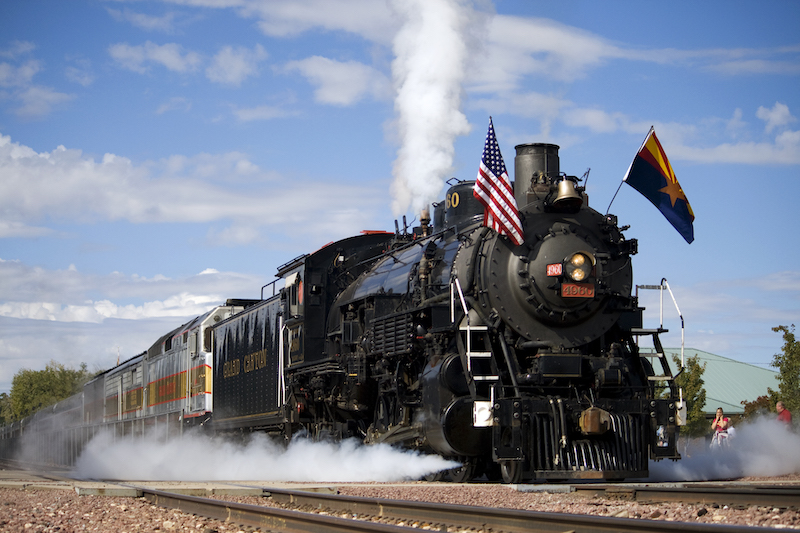 WILLIAMS, Ariz. — The Grand Canyon Railway will run steam on eight select dates in 2021, the railroad announced this week.

“An operational steam locomotive can be a rare sight in the 21st Century, which is why we keep two fully-restored vintage steam locomotives in service to pull The Train on select dates throughout the year,” officials wrote.

Steam will run on the first Saturday of each month from April until September as well as on April 24 (Earth Day) and September 18 (The railroad’s anniversary). The 9:30 a.m. departure from Williams will be the steam-powered run on those days.

Visit the railroad’s website for more information and to buy tickets.