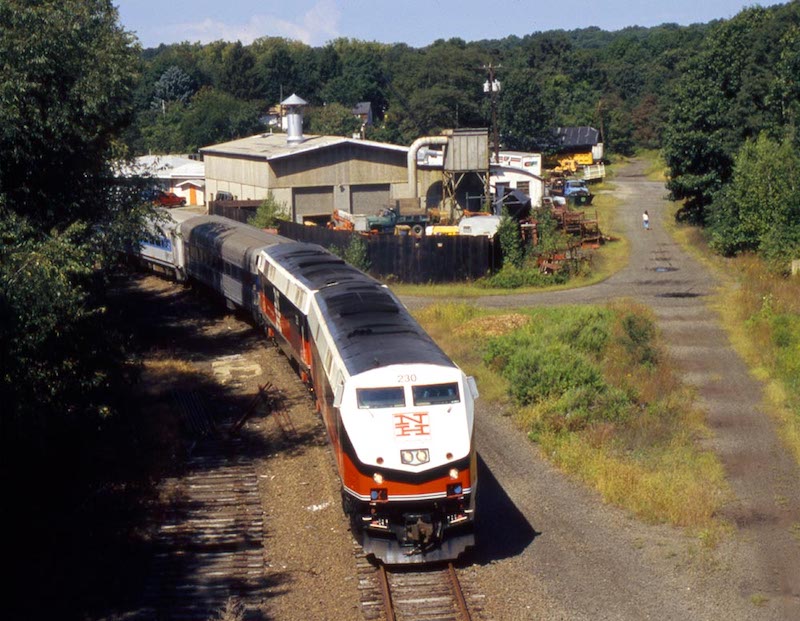 A Metro-North sponsored fan trip arrives at Hopewell Jct., NY., on September 12, 2004. The abandoned second track can be seen, as well as at the long-abandoned route to Pougheepsie at right, which led to the Poughkeepsie Bridge over the Hudson River and the gateway yard at Yard at Maybrook, N.Y. Photo by Otto M. Vondrak. 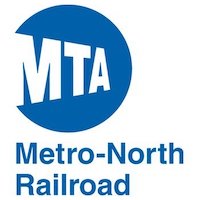 BEACON, N.Y. — A recent filing with the Surface Transportation Board revealed Metro-North is seeking to abandon 40 miles of the Beacon Line, between Beacon and the Connecticut state line near Brewster, N.Y., which has been out of service for several years after previously being used only for occasional equipment moves and training runs, as well as infrequent freight by Housatonic Railroad.

New York State has announced its intentions to integrate the right of way into the 750-mile Empire Trail. A portion of the Beacon Line already has a hiking trail alongside it.

Transit advocates have long campaigned for Metro-North to use the line for commuter rail service extensions, as the strategic route connects with the Hudson Line at Beacon, the Harlem Line north of Brewster, and the New Haven Line Danbury Branch at Danbury, Conn. Formerly part of New Haven’s freight main line from Maybrook, N.Y., to New Haven, Conn., via the Poughkeepsie Bridge, Metro-North acquired the line from Conrail in 1995. Requests for proposals for future rail use were solicited in 2016, but no action has been taken since. In 2019, Metro-North gave Dutchess County permission to study the prospects of using part of the line for a trolley that would connect Beacon with Fishkill.

Editor’s Note: This story has been updated to reflect the Housatonic’s Feb. 12 response.