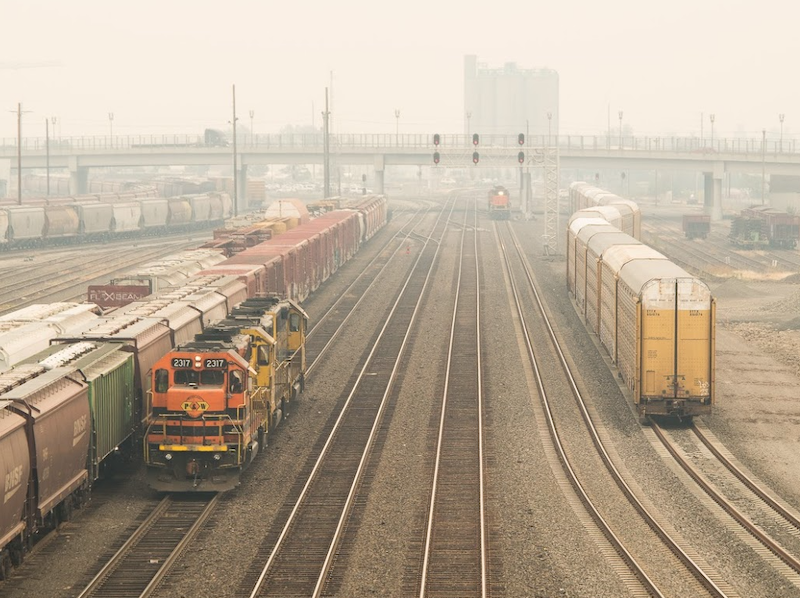 PORTLAND — Wildfires in the Pacific Northwest continue to burn this week, scorching an unprecedented 1.57 million acres in Washington and Oregon. Much of the destruction is a result of five large fires burning in the Cascade Mountains of western Oregon that is impacting nearly every facet of life there, including railroads.

Railroads impacted by the fires in the Willamette Valley south of Portland include the Oregon Pacific Railroad, which lost a switcher that had been parked at a mill in Molalla to a fire last week. In southern Oregon, the Alameda Drive Fire has burned along the I5 corridor between Ashland and Medford destroying over 700 structures and leveling much of the towns of Talent (home to Micro-Trains Co., which survived) and Phoenix. Central Oregon and Pacific’s (CORP) mainline over the former Southern Pacific Siskiyou Line has seen significant damage and traffic is being routed away from the area to Black Butte and Eugene for interchange to the Union Pacific. Initial reports indicate that the railroad will have to replace more than 1,500 wooden ties that were burned. The former SP Depot in Talent did survive. 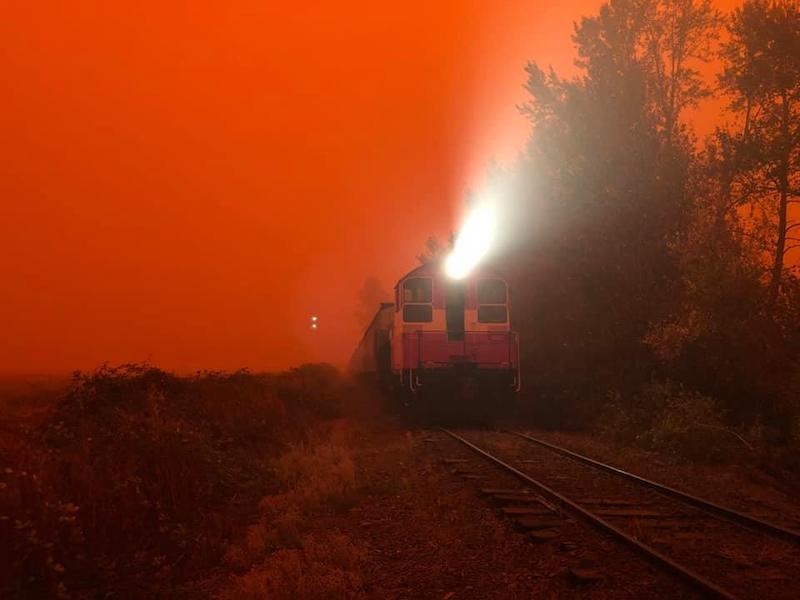 While fires have burned near operations like Coos Bay Rail Link and Albany & Eastern, both have escaped the blazes unscathed thus far. Some operations are adjusting schedules however due to smoke.

Across the region, Class I, short line and tourist operations are preparing to assist fire crews if needed. Oregon Coast Scenic Railroad has prepared a fire train with three of their former Port of Tillamook Bay 10,000 gallon tank cars, GP9 101 and Willamette and Pacific Caboose 1. Union Pacific’s Fire Train based on the Cascade Subdivision has already assisted with several small fires this year. Further north, BNSF Railway has been using its fire train in Washington and another stands at the ready in Whitefish, Mont. should the need arise.