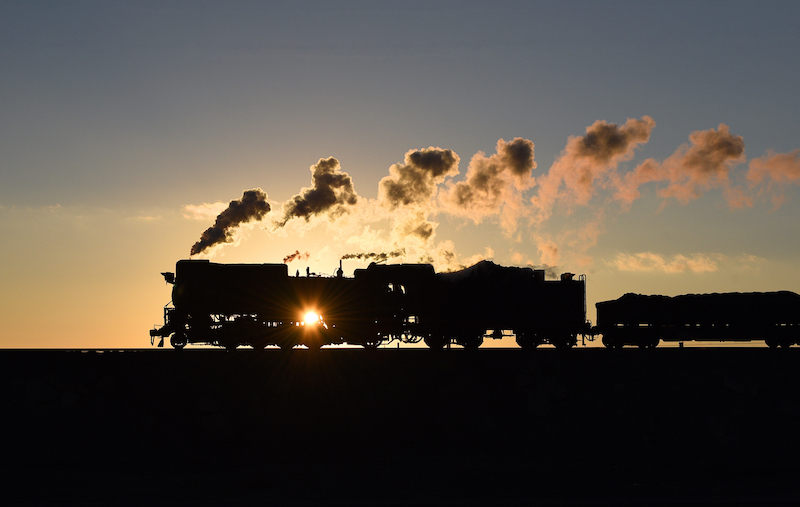 The Sandaoling Coal Mine Railway operated its last steam-powered coal train on April 25, and began ripping up the track last week. A 2-8-2 leads a coal train in 2016. Photo by Ben Kletzer.

SANDAOLING, China — The age of steam has come to a close.

On April 25, the Sandaoling Coal Mine Railway — long considered by rail enthusiasts to be the last place on earth to see steam locomotives in regular, revenue freight service — ran its final steam-powered coal train. Last week, on May 7, the owner of the railroad began ripping up the track.

After regular service steam power disappeared in the Americas and Europe in the 20th Century, enthusiasts set their sights on China starting in the 1980s and 1990s as the place to take in main line steam railroading. Among the highlights was the Jitong Railway in Inner Mongolia, which operated double-headed 2-10-2s until 2005. Once that came to an end, steam fans turned their lenses on smaller operations, such as the Sandaoling, which rostered a fleet of 2-8-2 locomotives in western China. The Sandaoling served a number of coal mines, had a double track main line and featured tough 2 percent grades. It also had steam-powered cranes, which according to some reports, are presenting being used to rip up the railroad. 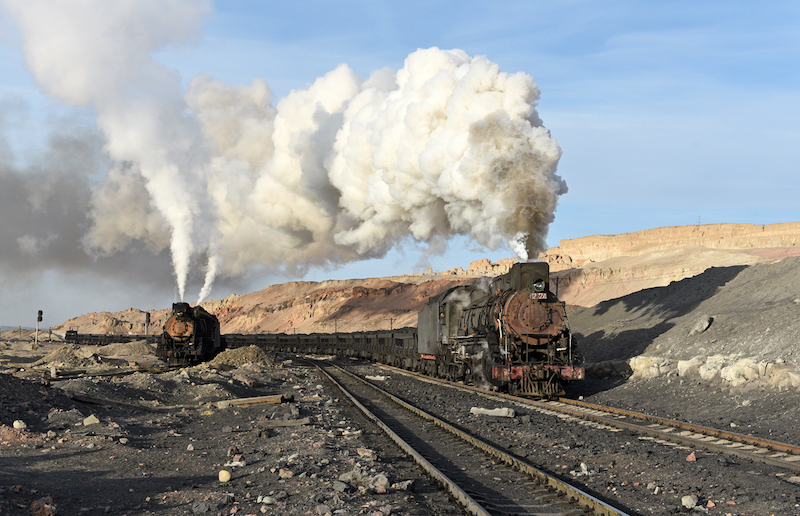 Two steam-powered coal trains pass each other in 2016. The Sandaoling Coal Mine Railway was long considered by rail enthusiasts to be the last place on earth to see steam locomotives in regular, revenue freight service. Photo by Ben Kletzer.

With the end of regular operations there, the only places on earth to see steam locomotives in revenue freight service are small switching operations in China, North Korea and Bosnia. However, according to author and photographer Ben Kletzer, who made multiple trips to China to photograph steam and authored a 2016 feature about it for Railfan & Railroad, those operations are sporadic at best.

Kletzer said that three locomotives are being kept for switching at Sandaoling, working with diesel locomotives to switch the yard at South Station. Some have suggested that the railroad will keep a few steam locomotives to run excursion trains, but Kletzer notes there are few other attractions in the area that would help bolster such an operation.

Special thanks to Ben Kletzer for additional information and photos.