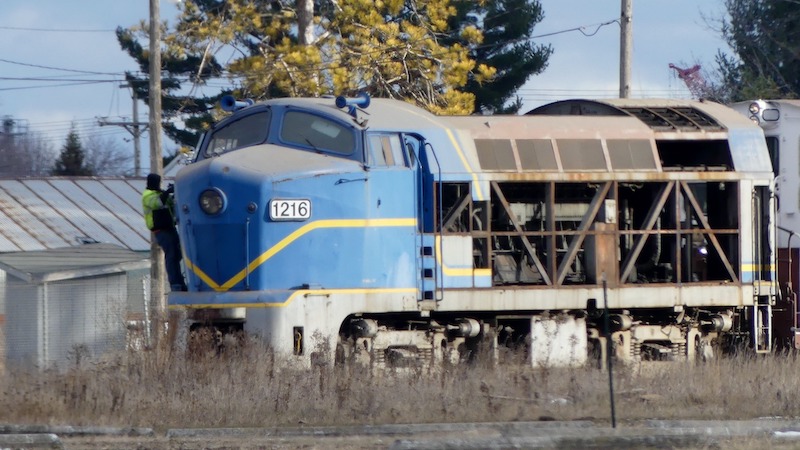 On Thursday, Delaware & Hudson RF-16 1216 was pulled from storage in Michigan for the first time in nearly 40 years. Photo by Jason Asselin.

ESCANABA, Mich. — After being in storage for nearly four decades, one of the last Baldwin RF-16 “Shark” locomotives emerged into the daylight this week — but the reasons why are still shrouded in mystery. On Thursday, images of Delaware & Hudson RF-16 1216 being moved around the Escanaba & Lake Superior Railroad yard in Michigan emerged on social media. The locomotive and its sister, D&H 1205, have been stored there since the early 1980s. 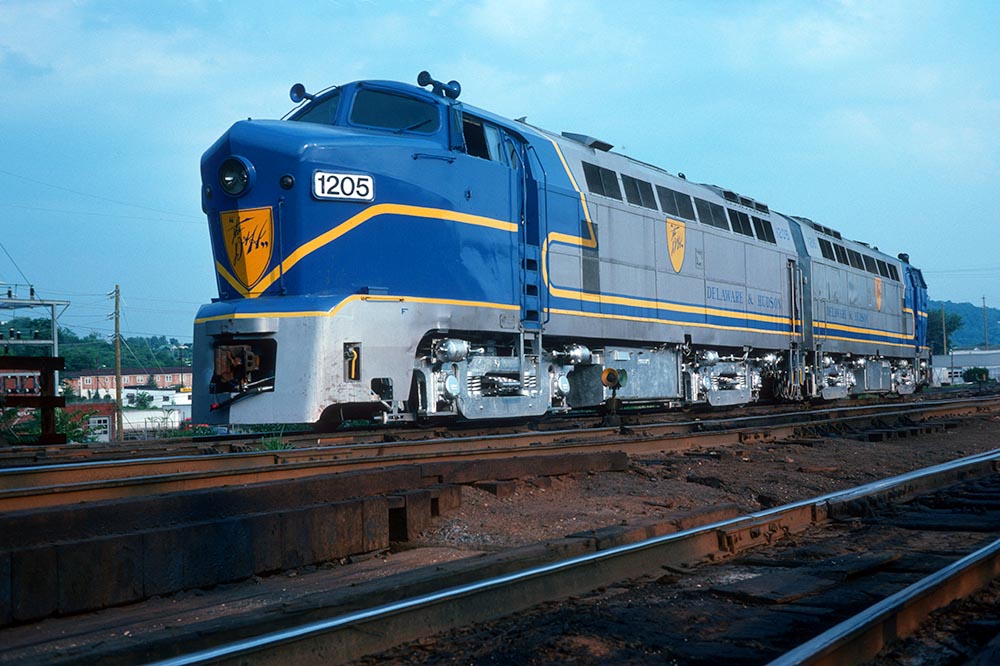 The two “Sharks” are the only of their type to survive and were rare birds when they arrived on the D&H in the early 1970s. Baldwin built a total of 160 of the streamlined locomotives in the early 1950s but by the late 1960s, only a handful survived on the Monongahela Railroad. Most of those locomotives were scrapped, but a pair of them eventually ended up on the D&H, where they mostly worked local freights in New York.

In 1978, the locomotives were sold to Castolite Corporation, a locomotive leasing firm, and sent to Michigan. Locomotive 1205 eventually suffered a crankshaft failure and was put in storage. Locomotive 1216 followed it in 1982. The two locomotives were stored deep in the E&LS shops locked away in a shed, well out of sight of curious railfans who were repeatedly told that they were not welcome on the property. While the E&LS had refused visitors, management vowed that eventually the two Sharks would be donated to a museum upon passing of the railroad’s president John Larkin.

Whether such a donation was imminent is unknown, but the appearance of one of the rare locomotives is sure to fuel speculation among fans.