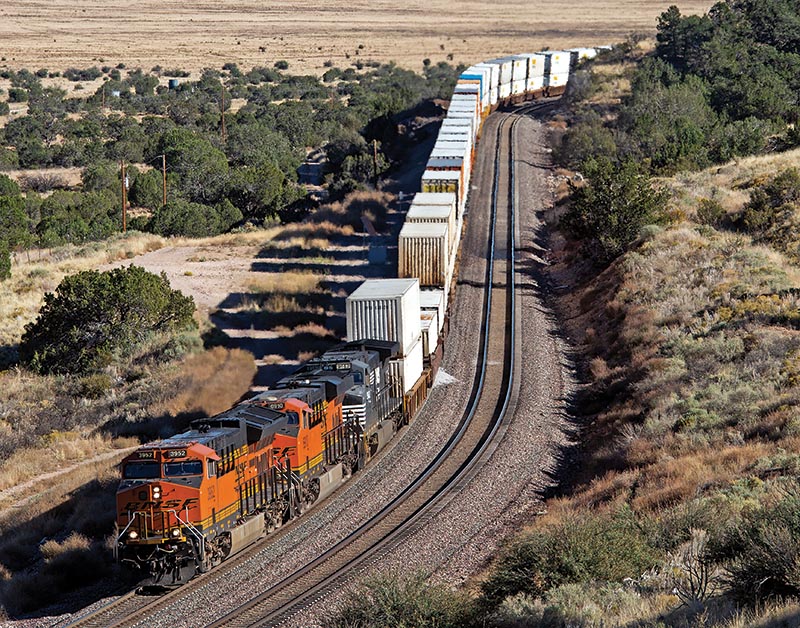 WASHINGTON — Fueled by increased consumer spending, intermodal traffic on American railroads was up 10.5 percent last week compared to the same time period in 2019. But industrial carloads are continuing to lag and analysts say it shows different stories about the nation’s economic recovery.

According to the Association of American Railroads, Class I railroads moved 542,203 carloads and intermodal units last week, up 4.8 percent compared with the same week last year. But carload traffic was down 1.4 percent compared with the same week in 2019. While carloads have slowly rebounded from the economic slowdown earlier this year, they have not performed as well as intermodal, which usually consists of consumer goods.

“Thanks largely to rising imports and inventory restocking in preparation for the holidays, October was the best month ever for U.S. rail intermodal, with volumes up by a third from April of this year. That’s a stunning increase in six months,” says AAR’s Policy & Economics Senior Vice President John Gray.

Analyst Larry Gross said it’s also worth digging into the specific commodity traffic numbers. Commodities that are down from last year include coal (down 10.4 percent), non-metallic minerals (down 10.3 percent), and petroleum and petroleum products (down 13.8 percent). Meanwhile, commodities like grain are up 20.5 percent.

“When you look at each of those commodities, they are telling a story about a different piece of the economy,” he said. “For instance, the decline in coal is a secular story about the permanent replacement of coal-fired power plants with natural gas. Crushed stone, sand and gravel are about the decline in fracking and the substitution of local brown sand versus high-quality white sand from the Upper Midwest. Lumber tells you a lot about what is happening in new housing construction. Grain shipments are driven by weather and international trade. And so forth.”

Gross said another issue that might be contributing to intermodal’s strength is a nation-wide shortage of truck drivers. According to industry observers, the country has 80,000 fewer truck drivers this year than last and it’s a drought that is expected to continue into 2021.