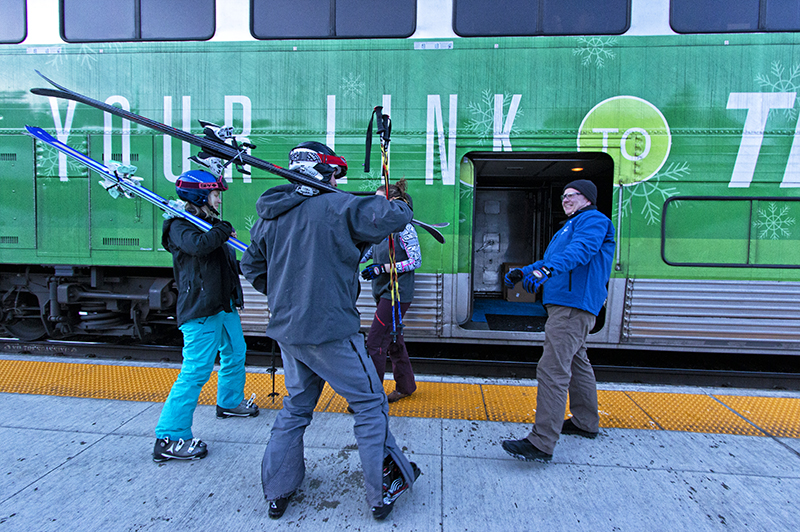 Skiers board the Winter Park Express at Winter Park, Colo., in March 2017. Photo by Justin Franz.

WINTER PARK, Colo. — Amtrak and Winter Park Resort announced this week that the Winter Park Express — their version of the iconic Rio Grande Ski Train that plied the rails of the Moffat Line west of Denver for decades — will come back for the 2022 season.

The ski train to Winter Park has been a Colorado institution since the early 20th century. After the original train was canceled in 2009, Amtrak brought it back as the Winter Park Express. The train normally runs from January until March or April but did not run this year due to the global pandemic.

In 2022, the train will run Fridays, Saturdays and Sundays from January 14 until April 3 for a total of 36 round trips. The train uses Amtrak equipment — GE P42s and Superliners — that are usually idle during the winter.

Since the partnership between Amtrak and Winter Park Resort began annually back in 2017, nearly 70,000 customers have taken the train, avoiding frustrating stop-and-go ski traffic on I-70 and U.S. 40.

Read more about the Ski Train in the January 2021 issue of Railfan & Railroad!