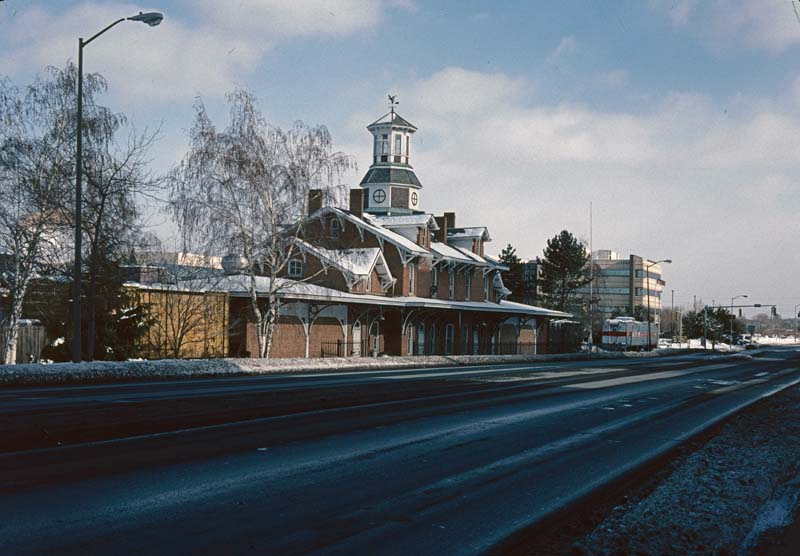 The former Jersey Central train station in downtown Wilkes-Barre, Pa., seen here in the late 1990s, has a new lease on life after years of decay. Photo by M.T.Burkhart.

WILKES-BARRE, Pa. – Renovation of the former Central Railroad of New Jersey passenger station, which has languished for years, is set to start in February.

A group of developers and investors purchased the South Wilkes-Barre Boulevard property a few years ago for $1.2 million, according to local media. The building will be a mix of public and office space, including first floor displays dedicated to Planters Peanuts, which got its start in the city in 1906.

The Victorian designed station was built in 1868. Passenger service ended a century later, and the structure was placed on the National Register of Historic Places in 1975. For many years, several old passenger cars and a small industrial locomotive were on display, although those were removed more than a decade ago. It also served for a time as a bar and restaurant.

The property, located just across the street from the historic Stegmaier Brewery, changed hands several times over the years before being sold in 2016 to Market Square Properties Development LLC.