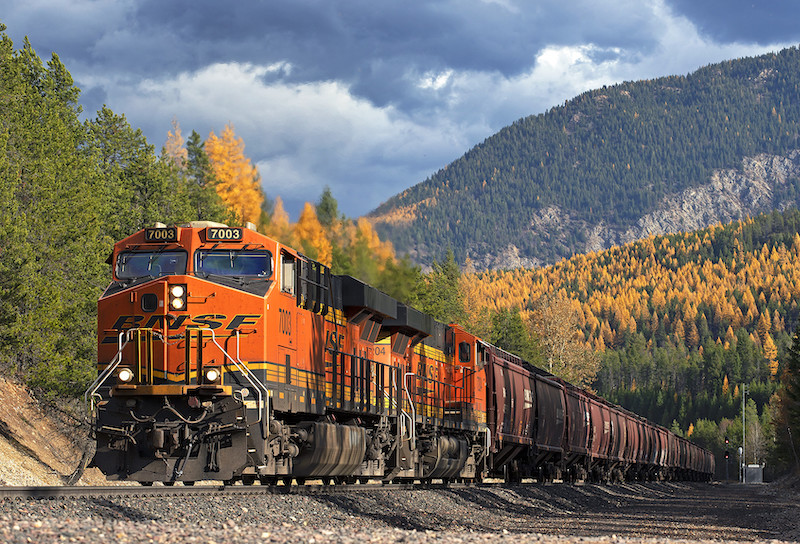 WHITEFISH, Mont. — BNSF Railway will spend more than $2 million on grizzly bear conservation efforts in Northwest Montana in an effort to reduce the number of animals killed by trains along the southern edge of Glacier National Park.

Last week, the railroad announced that it had submitted a Habitat Conservation Plan to the U.S. Fish & Wildlife Service for review and public comment. The plan was developed in partnership with U.S. Fish & Wildlife Service, Montana Fish Wildlife & Parks, the Blackfeet Nation, and Glacier National Park. Trains killing grizzly bears had long been a problem along the former Great Northern Railway main line along Glacier Park, an area home to one of the last great griz populations in the Lower 48. The bears are considered a threatened species and thus it is illegal to harm, harass, or kill these bears, except in cases of self-defense.

“BNSF has supported grizzly bear recovery efforts for more than 20 years in partnership with wildlife agencies, and it is thanks to the efforts of Montana Fish Wildlife and Parks, the Blackfeet Nation and many others that the grizzly bear population is growing in Montana,” said John Lovenburg, BNSF’s vice president, environmental. “BNSF is grateful for their efforts, and we believe the Habitat Conservation Plan will further help to protect grizzly bears in Montana.”

The plan will be administered by the Montana Outdoor Legacy Foundation, a non-profit organization that works closely with Montana Fish Wildlife & Parks Department on conservation efforts throughout the state. Funds from the railroad will be used to hire more bear conservation managers; support the continued development of a database to track grizzly bear movements and mortalities; and reduce bear attractants along right-of-ways (like spilled grain). If the permit is authorized it would allow the railroad to kill up to 18 bears over seven years, noting that the railroad has taken steps to prevent the deaths and is supporting other efforts to help the population.