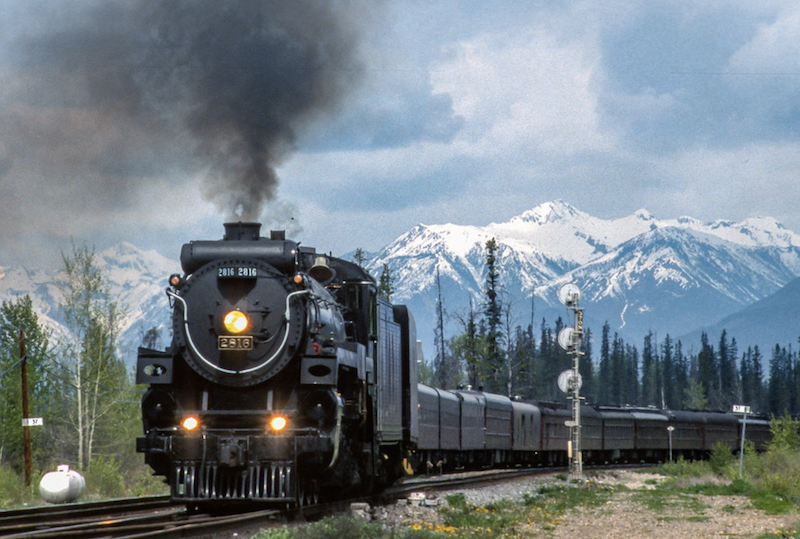 In an interview with Railway Age, Keith Creel said if CP’s merger with Kansas City Southern happens then 2816 is running to Mexico. Photo by Steve Barry.

CALGARY — Canadian Pacific CEO Keith Creel appears to be trying to gain the support of steam fans for his company’s merger with Kansas City Southern. This weekend, in an interview with industry-publication Railway Age, Creel said if the U.S. Surface Transportation Board approves the CP-KCS merger that the railroad would celebrate by running 4-6-4 2816 from Calgary to Mexico City.

“We of course do not want to get out in front of the STB, but if all goes as anticipated, 2816 will be on the head end, in full steam,” Creel said of his plans for an excursion across the new CPKC system.

A spokesperson for CP tells Railfan & Railroad that Creel meant what he said but could offer no details about whether or not CP had begun work on restoring the locomotive.

CP first restored 2816 — a 1930-built H1b Hudson and a sister to the more famous “Royal Hudson” class — to operation in 2001 and ran it across the system for more than a decade. The locomotive last ran in 2013 and it has since been stored at CP headquarters in Calgary. CP caused a stir late last year when they fired up the locomotive for the railroad’s virtual Holiday Train event.

In order for the locomotive to run again on the main line in both the United States and Canada, it will need a full overhaul, as mandated by the Federal Railroad Administration. However, considering the STB review process for a merger can take upwards to a year, it’s certainly not out of the question that a locomotive that has been well cared for could be restored to service quickly — just in time to celebrate the creation of a new railroad.