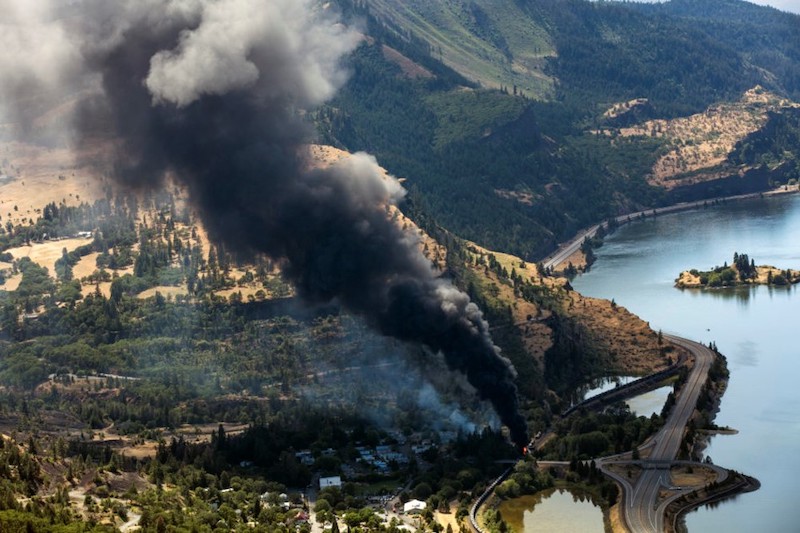 A Union Pacific oil train derailed and caught fire near Mosier, Oregon, on June 3, 2016. Now the railroad has to pay. Photo Courtesy of the EPA.

MOSIER, Ore. — Union Pacific will have to pay more than $80,000 in civil fines to the federal government and the state of Oregon following the derailment of an oil train in the Columbia River Gorge in 2016.

On June 3, 2016, a loaded oil train derailed and caught fire in Mosier, Ore., releasing approximately 47,000 gallons of Bakken crude oil. Most of the oil ended up in a local water treatment plant, which had to shut down for two weeks because of it, but about 10 gallons ended up in the Columbia River.

UP will pay a civil fine of $52,500 to the U.S. Treasury and a $30,000 civil penalty to the State of Oregon for discharging oil into the river. In addition to those fines, UP paid for the clean-up of the land and river.

The derailment briefly closed UP’s main line through the Gorge. The railroad later determined that a broken bolt holding the rail caused the derailment.