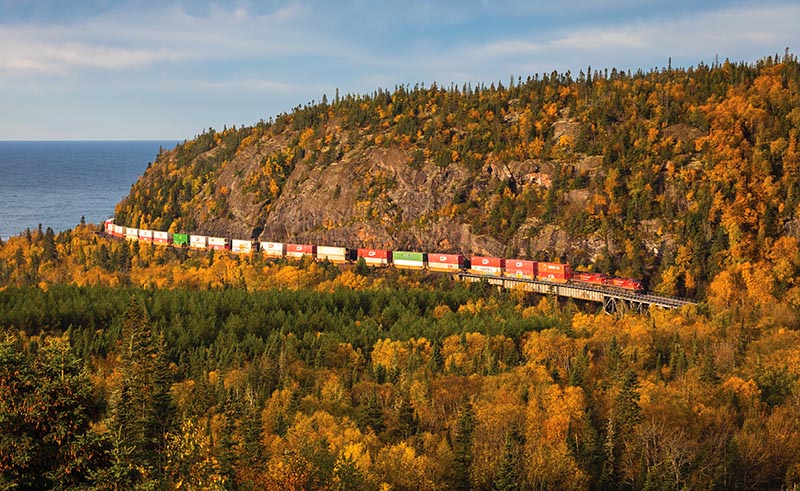 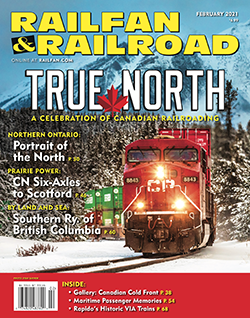 Most Americans think of railroads as iconic parts of the mythic past, as shaped by Hollywood. Stronger still is the affinity in the United Kingdom, with its many steam heritage lines and an intense community of enthusiasts and trainspotters. Even more so in Japan, where the admiration for the railways is part of the cultural fabric, from the general public fawning over the appointment of a cat as stationmaster to the numerous heritage railways operated for the sheer pleasure of riding a train.

Another addition to the list would be our neighbor to the north, where railways are so closely tied to the nation’s sense of direction and belonging. If the federal government helped finance construction of new railways to build the U.S., in Canada it was sometimes difficult to tell whether railways supported the nation or the other way around. Much of this had to do with the youth of Canada, which formed almost a century after the U.S., smack dab in the middle of the rail-powered Industrial Revolution. In 1885, when Canadian Pacific completed the nation’s first transcontinental route, the Canadian Confederation was only 18 years old, and British Columbia’s membership four years younger still. When the nation celebrated its centennial in 1967, Canadian Broadcasting Company commissioned Gordon Lightfoot to write a song commemorating the anniversary, and the result was the 10-minute-long ballad, “Canadian Railway Trilogy,” describing the construction of the CP. The railway bound together Canada — not only the literal place, but also its sense of national identity.

Nor was this limited to the development of CP. During the 19th century, the prairie provinces became vast webs of steel rails, all the better to convert vast grasslands into commercial grain-producing fields. During the Progressive era, the government of British Columbia took over the failing Pacific Great Eastern on the premise that building a railway north into the wilderness would bring commerce and wealth to the province. Until the 1980s, PGE — later reorganized as BC Rail — built hundreds of miles of new track, opening up service to areas long in advance of highways or significant settlement. In Ontario, a similar story can be told about James Bay Railway, which later became Ontario Northland (see page 30), building out a network of railway and telecommunications infrastructure.

Both PGE/BC Rail and Ontario Northland are examples of the long Canadian tradition of the government directly owning and operating railways. The greatest example was the 1918 formation of Canadian National, which assumed the assets of several bankrupt private firms and created a transcontinental, nationalized system. While CN was privatized in 1995, BC Rail remains publicly owned (though leased to CN), as is Ontario Northland. These “crown corporations,” as publicly owned firms are known in Canada, seem less like their profit-seeking American cousins and more like a legacy of the now-faded British Empire, with all the weight — both good and ill — that this implies.

At first glance, today’s Canadian railways may look similar to those of the U.S. Both networks are standard gauge. Both purchase cars and locomotives from the same builders. For Canadians, however, their railways are just a little bit more personal, a little bit more theirs, so that even now, it is impossible to imagine a thriving Canada without them.

This article appeared in the February 2021 issue of Railfan & Railroad. Subscribe Today!