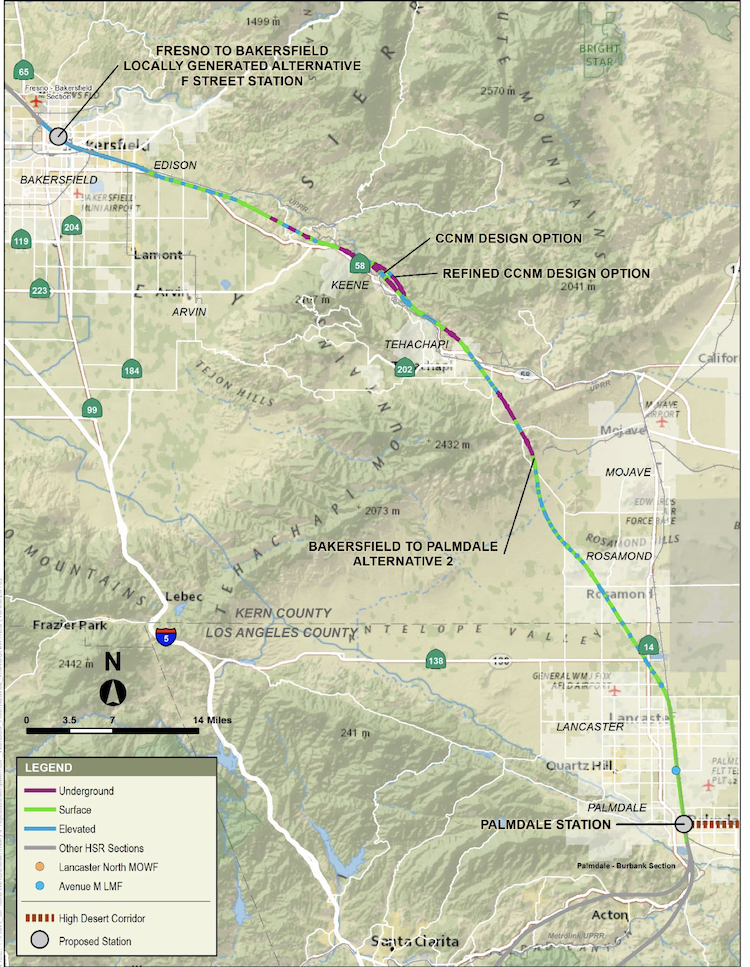 BAKERSFIELD, Calif. — The California High Speed Rail Authority has decided that it will build multiple tunnels through the Tehachapi Mountains on its proposed high speed rail line between Los Angeles and San Francisco. Earlier this month, the authority announced that it had solved one of the “greatest dilemmas in American railroading” by opting to go through the Tehachapis instead of over or around them.

The long-dreamed-of high speed rail line between Los Angeles and San Francisco will be separate from existing rail lines and help unite two of California’s largest population centers. The route will stretch for about 500 miles and about 120 miles in the Central Valley are currently under construction.

The rail authority’s chosen route will extend southeast of Bakersfield and include 10 miles of tunnel. The total cost of the segment between Bakersfield and Palmdale, a distance of about 80 miles, will cost $19.7 billion. That segment was the last unmapped part of the high speed route.

While construction is already underway on part of the high speed line, funding remains a challenge and it’s unclear when people will be able to ride between LA and the Bay Area.