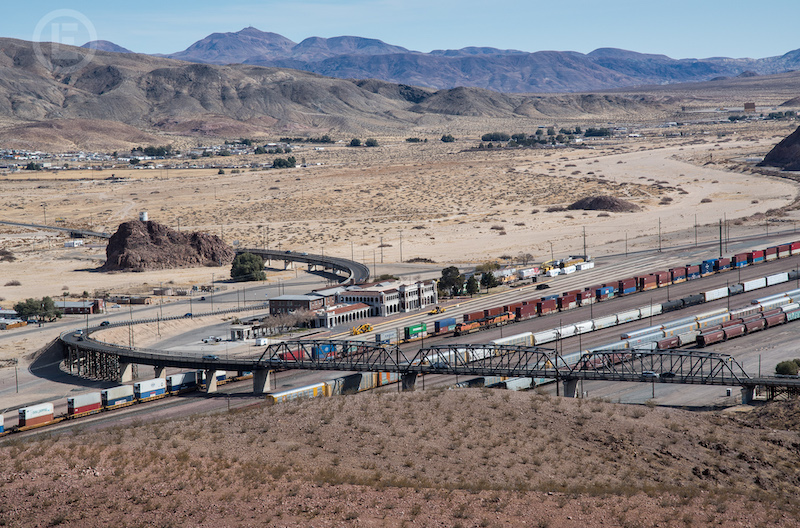 The North First Avenue bridge has offered railfans a great view of the Barstow rail yard for decades. Photo by Elrond Lawrence.

BARSTOW, Calif. — A bridge over BNSF Railway’s yard in Barstow, Calif. — long a popular spot for railfans — will soon be replaced as part of an expansion of the former Santa Fe Railway yard.

BNSF is preparing to invest $1.5 billion to construct a new state-of-the-art rail facility at Barstow that will include additional yard tracks, an intermodal yard and warehouses. The project will enable containers to be unloaded at the often congested Ports of Los Angeles and Long Beach and brought to Barstow for processing. The project was announced in October.

Built in 1930 and modified in 1943, the North First Avenue bridge has served as a thoroughfare for Barstow for several decades but no longer meets its needs. The new version will be built of concrete but its aesthetics will “mimic the city’s popular destination, the Harvey House, with its antique lighting and quaint touches.” 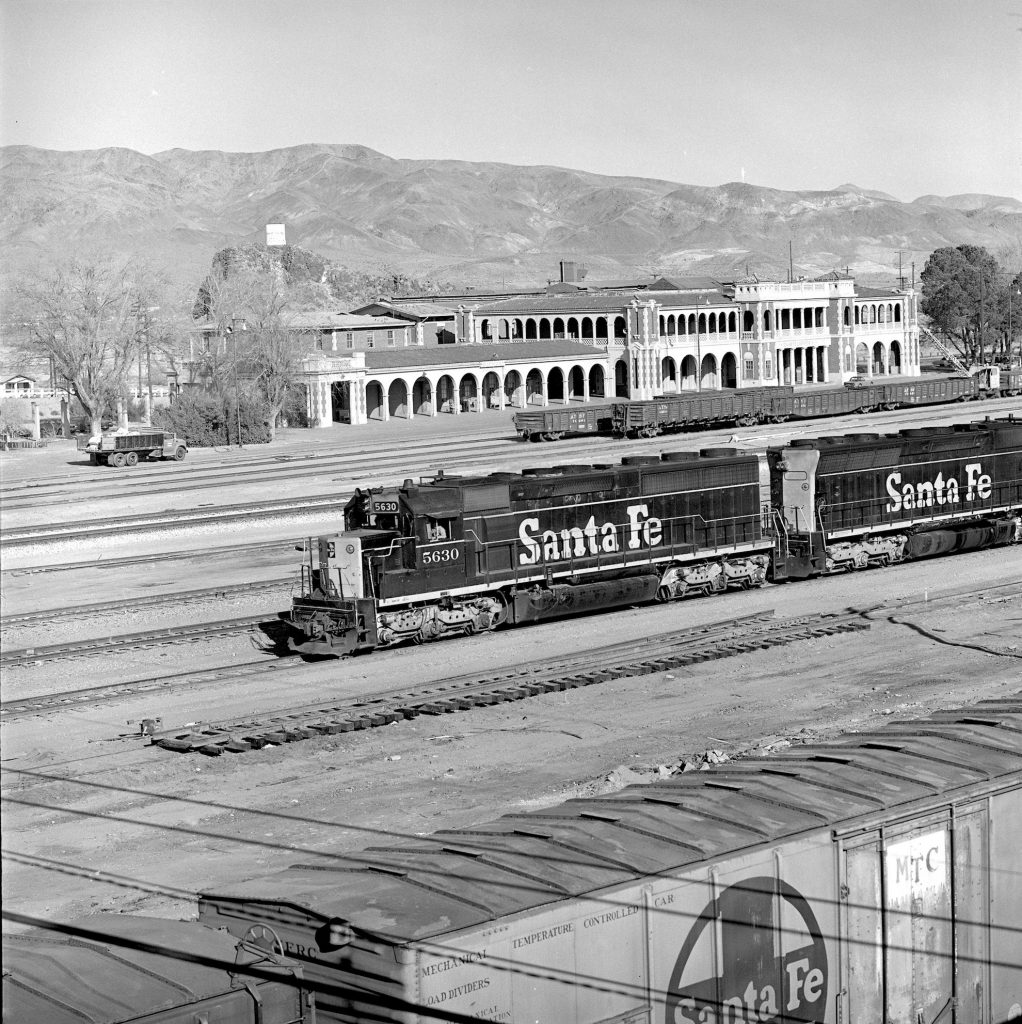 “As we gear up for the major BNSF Railway project, which will double our city’s population, this bridge replacement marks the beginning of the transformational change to our community,” said Barstow City Manager Willie Hopkins. “The bridge has served as the main thoroughfare for schools, hospitals and other services, and the new one will be a mark of improved goods movement as we embark on enhancing our city’s infrastructure.”

While railfans might miss the old bridge, the new one will offer plenty of space for photography.  It will be approximately 1,179 feet long with a width of 50 feet to accommodate a wider sidewalk and bike lane.