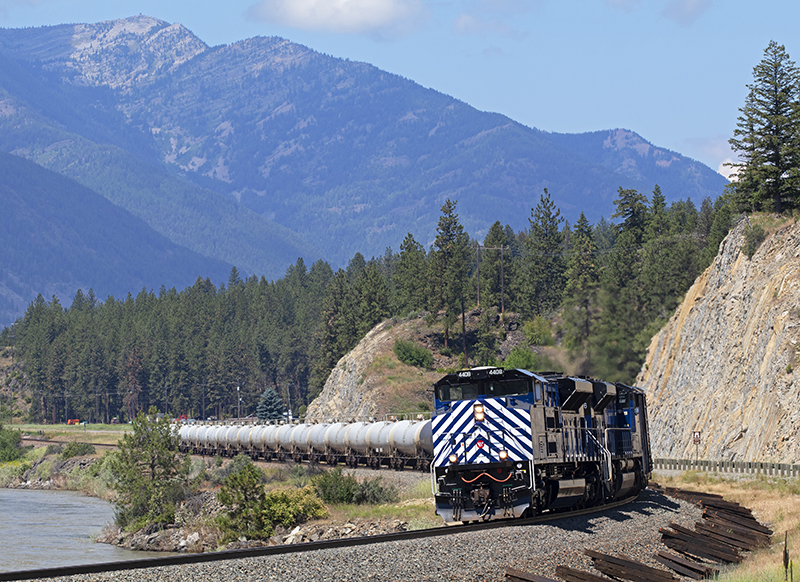 BNSF Railway is expected to go to the U.S. Surface Transportation Board in the coming weeks to approve its plan to take over Montana Rail Link. Photo by Justin Franz.

Earlier this year, MRL announced that it was ending its lease of the former Northern Pacific across southern Montana and the track would soon return to BNSF control. Since then the various unions representing MRL employees have been negotiating implementation agreements with the Class I that will outline how MRL’s railroaders will become part of BNSF. The Brotherhood of Locomotive Engineers & Trainmen represents 500 engineers on MRL and is one of the largest unions on the railroad. With most of the union agreements now in place, it’s expected that BNSF and MRL will soon go to the U.S. Surface Transportation Board to approve the transaction.

Because BNSF already owns most of MRL’s 937-mile system from Billings, Mont., to Sandpoint, Idaho, it’s unclear how long the STB’s review will take, but a spokesperson for the regulator said it will be thorough. Of particular interest will be ensuring that the takeover does not negatively impact rail competition in the region. BNSF already controls 59 percent of Montana’s rail network; with MRL back in the fold, it would control 84 percent of that network.

When MRL and BNSF announced that the lease would be ending back in January, they vowed that all MRL employees would have jobs with the Class I. But what exactly that looked like was up to negotiators. As part of the ratification agreement with BNSF, MRL engineers will be able to maintain their seniority status and will not be forced assigned off MRL territory. Current pool runs would be maintained, as well as the 12-24-36 rest option currently enjoyed by pool employees. MRL will also offer a $5,000 hiring bonus for those who go to BNSF.

MRL was founded in 1987 when Montana industrialist Dennis Washington leased Burlington Northern’s secondary main line across the state and purchased a number of former Northern Pacific branch lines. The lease was expected to last 60 years, but MRL’s owners decided to end it early.