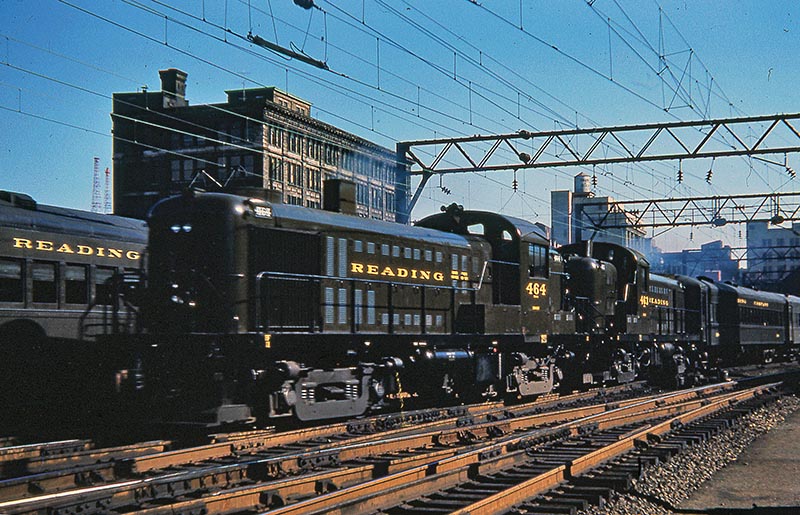 The first run of Alco passenger service RS-3s 464 and 463 on Reading was captured by conductor Robert J. Linden at Reading Terminal in Philadelphia on May 14, 1952, on Train 97. Note the lengthwise orientation of the air-cooled engine exhaust stack as delivered. Robert J. Linden photo, author’s collection 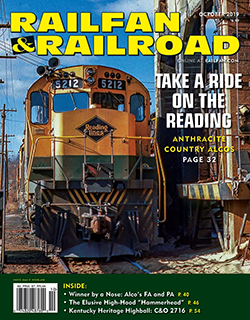 By Dale W. Woodland/photos as noted

Reading Company had a wide variety of locomotives from Alco, rostering 118 units of nine different models. These locomotives were purchased between 1926 and 1967, and ranged in size from 300 to 3,000 hp. Alcos on Reading were used in all types of service. During the first generation of diesel locomotive production between 1926 and 1962, the railroad had two Alco–General Electric–Ingersoll-Rand (AGEIR) box cabs, two end-cab HH900s, five S-1s, and six S-2s. Road power consisted of 12 FA-1/FA-1B streamlined cab units and 67 RS-3 locomotives. The RS-3s were the most numerous road switchers on the roster; other non-Alco models included 43 EMD GP7s, 34 Baldwin AS-16s, and 17 Fairbanks-Morse Train Masters.

During the second-generation diesel era from 1962 through 1976, Reading had 10 C-424s, two C-430s (the only units of that model riding on a standard B-truck design), and 12 C-630s (the second order of five units employed “hi-adhesion” truck design and sported the “Bee Line Service” logo). The so-called “drip strip,” an inverted V-shaped strip of metal found above the cab windows of all Reading Alcos, was a feature unique to the railroad and made it easy to identify former Reading locomotives operating on major railroads and short lines when Reading ceased to exist after April 1, 1976. 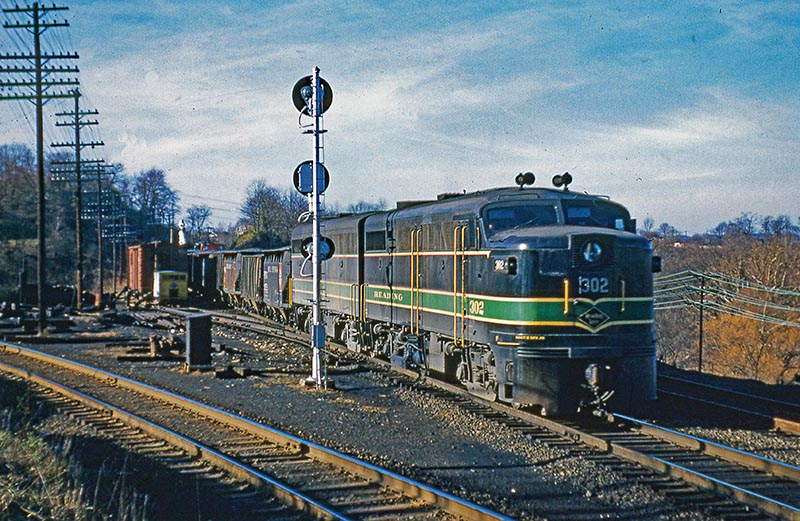 Reading Alco FA-1 302 passes Lebanon Valley Junction on April 18, 1953, with a train of anthracite coal from Tamaqua, Pa., to Abrams Yard. It was basically all downgrade on this route eastbound, which followed the Schuylkill River. Robert Wanner Photo, author’s collection

Alco Switchers
Early Box Cabs: Reading employed 15 Alco locomotive switchers, or “shifters” as they were known on the railroad. It was one of the first railroads in the east to employ diesel locomotives with the purchase of number 50, an AGEIR 300-hp, 60-ton locomotive, in 1926. The box cab unit was given Class OE-1 (Oil-electric, first of class). The locomotives were built by a consortium of Alco, General Electric, and Ingersoll-Rand. Alco manufactured the carbody, thus classifying it an Alco on the Reading roster. General Electric supplied the electrical gear and Ingersoll-Rand manufactured the prime mover.

The 50 spent most of its time around Reading Terminal in Philadelphia. This small shifter had the ability to negotiate a 50-foot-radius curve, which made it ideal for working street trackage in the city. Most end-cab switchers could negotiate only a 60- or 70-degree curve, at best. In October 1940, 50 was renumbered to 98 in order to avoid conflicts with newly delivered Alco S-1s 50–54. Box cab 98 was retired and scrapped in January 1949. 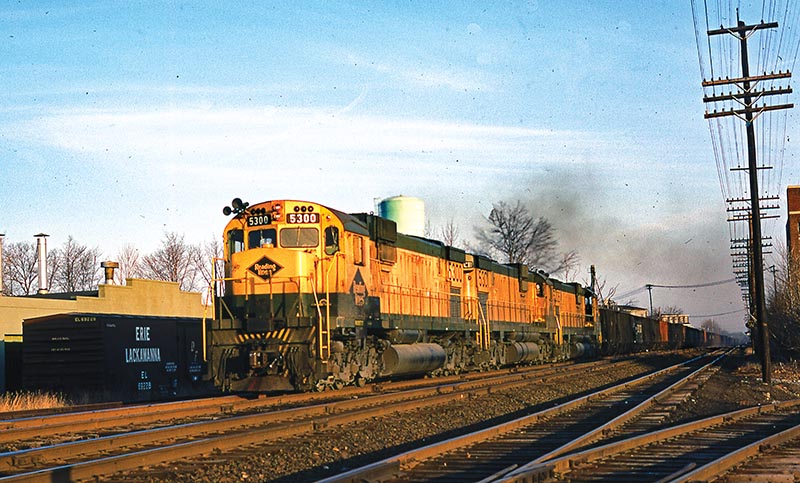 The second diesel locomotive on Reading was also a 300-hp box cab from AGEIR, the 51. The locomotive was Reading Class OE-2 and was put into service at Philadelphia in 1928. The major spotting difference between the two units was a large boxlike apparatus on top of the roof above one of the locomotive’s two cabs. This was added to provide better cooling, as 50 had been prone to overheating when moving slowly or in tunnels. Reading 51 was renumbered to 99 in July 1940, and continued to work in Philadelphia until its retirement in December 1954…

Read the rest of this article in the October 2019 issue of Railfan & Railroad!