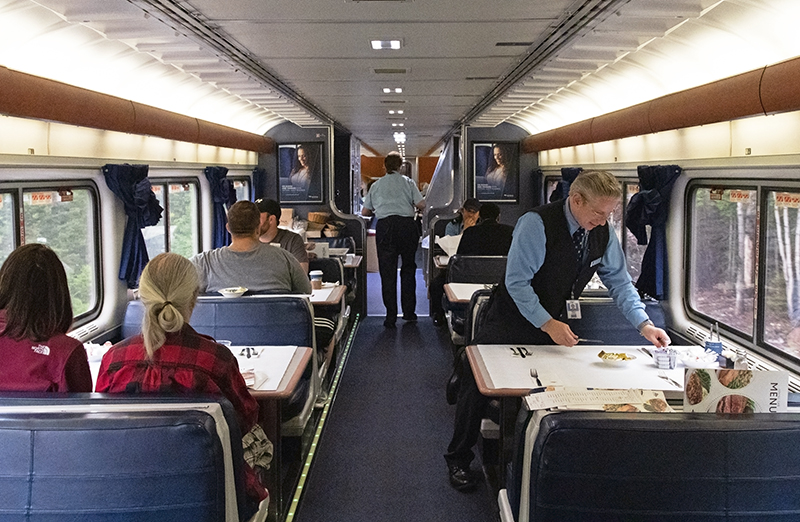 The dining car aboard the Empire Builder in June 2019. Photo by Justin Franz.

Against a background of plummeting ridership and increased concerns about safety during the coronavirus pandemic, Amtrak is “temporarily suspending” traditional dining car service on its long-distance trains to the west coast.

The move to curtail dining service is one of a number of steps the passenger railroad has taken in recent weeks to protect employees and passengers while also encourage social distancing.

Starting this week, Amtrak will replace its traditional food service on trains west of Chicago with pre-packaged “flexible dining” entrées until at least May 31. The pre-packaged meals are the same dishes that replaced freshly-prepared meals on Amtrak’s eastern trains in 2018 and 2019. The trains impacted by the decision include the California Zephyr, Coast Starlight, Empire Builder, Southwest Chief, Sunset Limited and Texas Eagle. Traditional dining car service will remain unchanged on the Auto Train between Virginia and Florida. 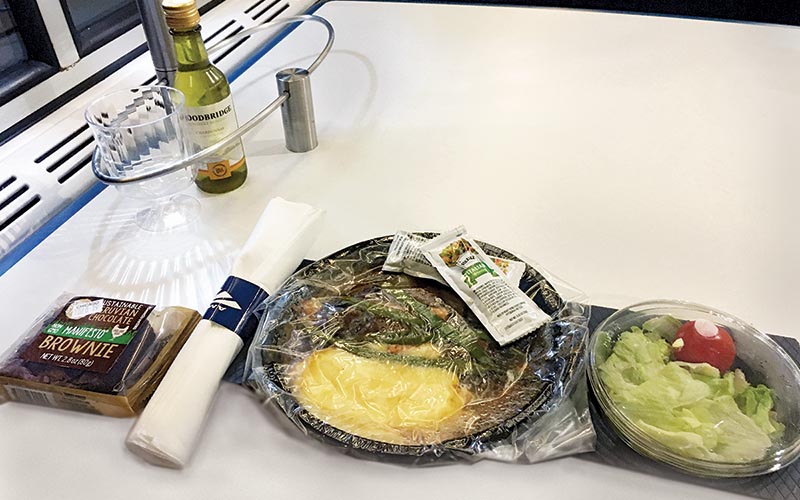 A pre-packaged meal aboard the Capital Limited. Photo by Cliff Engle.

Amtrak officials say that a single employee will be able to prepare the pre-packaged meals and deliver them to sleeping car passengers in their private rooms. The move will eliminate some on-board positions and those employees impacted will be temporarily moved to the extra board. Coach passengers will be limited to options on the cafe car menu.

“Let’s do a little back-of-the-Amtrak-napkin math: on a typical day on the National Network, some 90,000 passengers are riding the trains. Today, that number is hovering around 4,000 systemwide. Preserving a full dining-car experience in that environment is simply untenable, as well as potentially unsafe,” Mathews wrote.

Mathews reported that Amtrak officials have said they hope to resume traditional dining services on the western routes when it is safe to do so.

The suspension of traditional dining car services is just one of a number of moves Amtrak has made in response to the COVID-19 outbreak. A number of routes are operated on reduced schedules and some — including the Carolinian, Downeaster, Keystone, Pennsylvanian and Pere Marquette services — have been suspended completely.