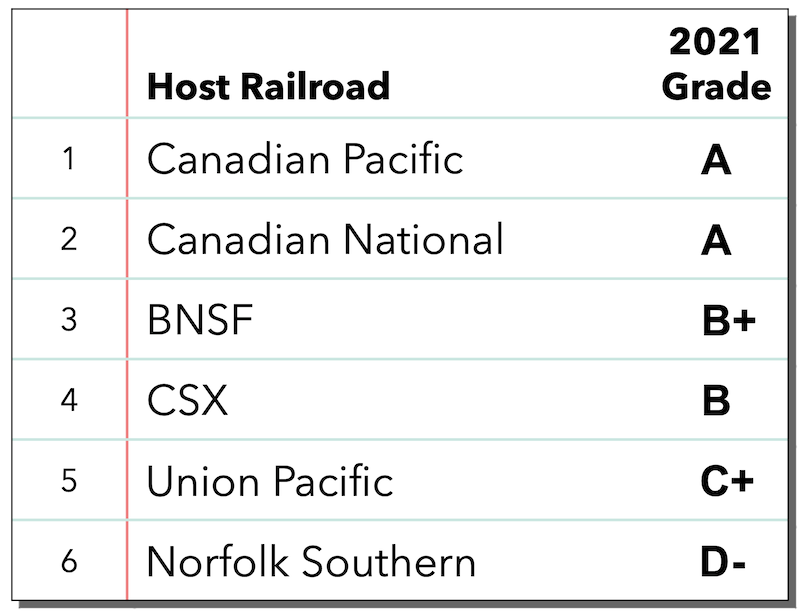 Canadian Pacific and Canadian National received A grades from Amtrak, while the American-based Class Is fell behind.

WASHINGTON — It was report card day for six of North America’s Class I railroads. On Thursday, Amtrak released its host railroad report card for 2021 that looked at how its freight railroad hosts are handling passenger trains. At the top of the pack were Canadian Pacific and Canadian National, which both received A grades. But the four U.S.-based Class Is fell behind: BNSF got a B+; CSX a B; Union Pacific a C+; and Norfolk Southern was at the back of the class with a D-.

CP came in first for the sixth year in a row and to note that Amtrak President Stephen Gardner gave CP President and CEO Keith Creel an award at Chicago Union Station this week. However, the bigger prize was that Amtrak reiterated that it supported CP’s proposed merger with Kansas City Southern (KCS did not get a grade because it does not host Amtrak trains).

“We’re proud of the Amtrak-CP partnership and we applaud you and your team’s continued commitment to providing outstanding service to our passengers. Congratulations on six years straight as Amtrak’s best performing host railroad,” Gardner told Creel.

The Federal Railroad Administration states that for a train to meet its on-time performance standard, 80 percent of Amtrak passengers must arrive at their destination within 15 minutes of the scheduled arrival time. However, according to Amtrak, freight trains caused nearly 900,000 minutes of delay to Amtrak passengers in 2021. Of the 15 long-distance trains, only one, the City of New Orleans hosted by CN, met the FRA standard and was on time 83 percent of the time. The other 14 trains were across the board, with Sunset Limited and Capitol Limited being on schedule just 28 percent of the time and the Palmetto being on the advertised 62 percent of the time. 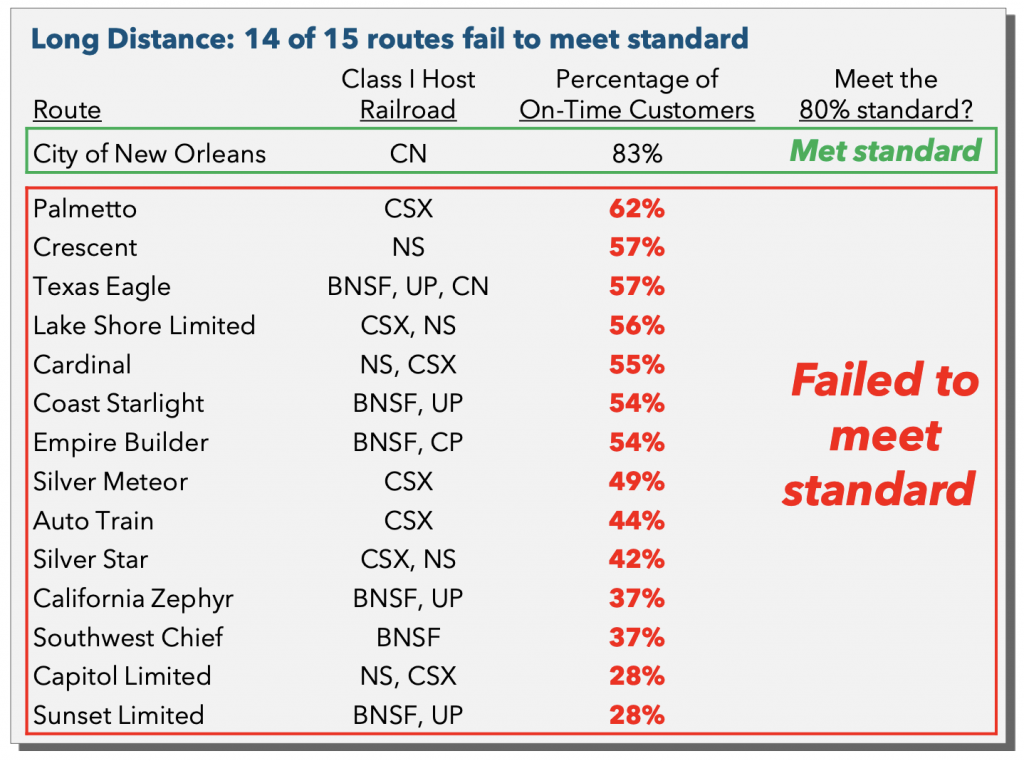 More than half of the state-supported routes also failed to meet the FRA’s 80 percent standard. The lowest was the Cascades in Washington and Oregon with a 57 percent on-time performance. The best was Hiawatha service between Chicago and Milwaukee, hosted by CP, with a 95 percent on time rate.

In a statement to Railfan & Railroad about the report card, a spokesperson for the Association of American Railroads — the Class Is’ representative in Washington D.C. — said, “Freight railroads are committed to collaborating with Amtrak to maintain a healthy, vibrant U.S. rail network that meets the country’s growing need to move people and goods. We are optimistic that the bipartisan infrastructure bill enacted last year will help bolster Amtrak for the future.” 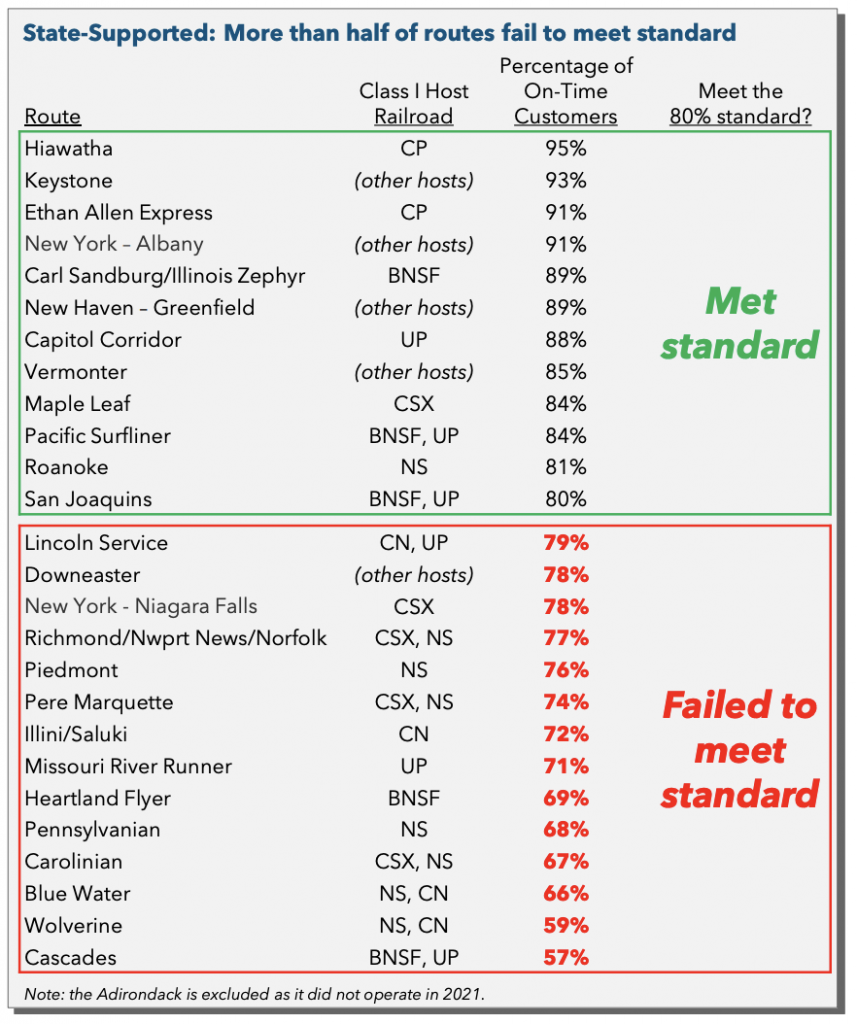 The on-time performance for the state-supported routes.