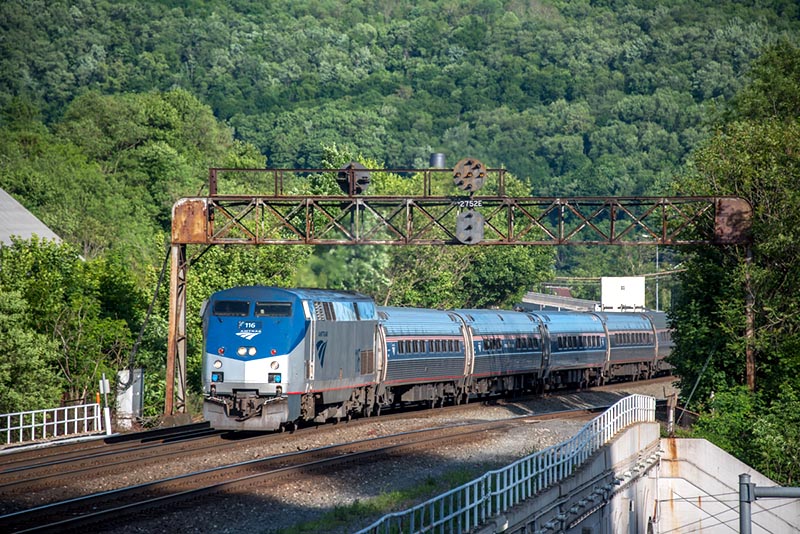 An Amtrak train at Johnstown, Pa., in June 2019. Photo by Steve Barry.

WASHINGTON — In a letter to the new Congress, Amtrak CEO Bill Flynn said the passenger railroad needed funding to stave off additional cuts resulting from the pandemic, but that it not only wanted to resume normal service as soon as possible it wants to expand it and serve new communities.

“Population growth, changing demographics and travel preferences, and environmental concerns all point to new opportunities for intercity passenger rail, and we have developed a visionary plan to expand service across the nation,” Flynn wrote.

Flynn took the helm of Amtrak in the midst of the early days of the COVID-19 pandemic last spring and has overseen numerous cuts to service and the railroad’s ranks. In December, the railroad got $1 billion from Congress during the latest round of stimulus but Flynn said it would need an additional $1.5 billion during Fiscal Year 2021. That request would address the railroad’s immediate needs, but Flynn also asked Congress to look further down the road. Along with funding for new routes — particularly “corridor” routes less than 500 miles — Flynn would like to see the establishment of a trust fund that would provide reliable funding for expansion and other improvements and not just annual appropriations. “Congress must create a predictable and long-term source of federal funding, like a trust fund, for both the Northeast Corridor and the National Network,” he wrote.

Flynn also asked that the federal government do more to enforce laws that require freight railroads to prioritize the movement of Amtrak trains, noting that “freight train interference” is still the leading cause for delays.