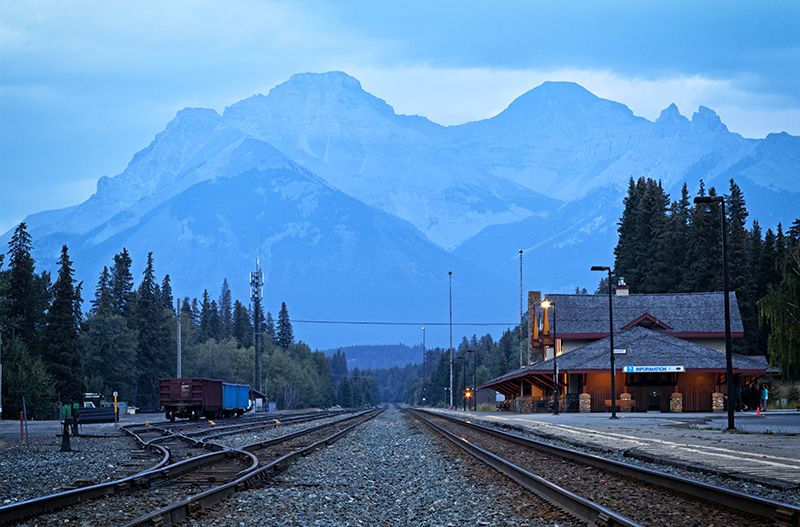 BANFF, Alberta — Officials in Alberta are looking at restoring passenger rail service between Calgary and Banff National Park. On Tuesday, the Government of Alberta and the Canada Infrastructure Bank announced they had signed a Memorandum of Understanding to study the prospect of building a dedicated passenger rail line along the Canadian Pacific Railway’s main line.

Banff last received regularly scheduled passenger rail service in 1990 when VIA Rail moved the Canadian from its historic CP route across western Canada to the Canadian National. Today, the Rocky Mountaineer operates seasonal tour trains from Vancouver to Banff. However, the only way to get from Calgary to Banff is either by bus or automobile. Officials envision having the new rail service bring people from Calgary International Airport directly to downtown Banff.

“We’re pleased to be partnering with the (Canadian Infrastructure Bank) to complete a feasibility study for the Calgary-Banff Rail project,” said Minister of Transportation for Alberta Ric McIver. “The CIB brings expertise and experience needed for a project of this scale. We look forward to learning more about this exciting project and hearing from our community partners about how this opportunity can support our tourism industry and get our economy back on track.”

The new passenger line would stretch 80 miles and make eight trips per day with stops at Calgary International Airport, Downtown Calgary, Cochrane, Morley, Canmore and Banff. No timeline was provided on how long the study would take, however, officials at all levels of government were excited at the prospect of regular passenger rail service returning to Banff.

“A sustainable and commuter-centric transport system is essential to serve the growing travel demands of both tourists and Albertans alike,” said the Minister of Transport, Marc Garneau. “The new rail service would take cars off the road and increase the mobility of visitors and commuters to the park in a stress-free way.”