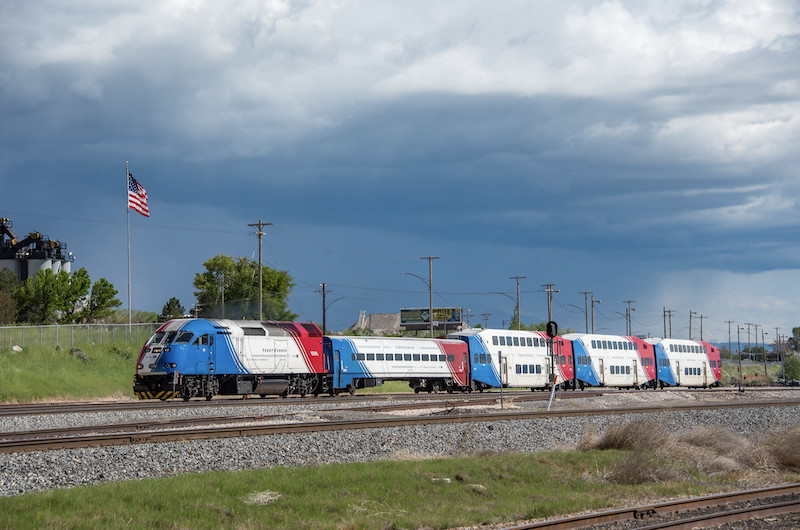 A Utah Transit Authority train with a Comet I car is seen in May 2019. Photo by Steve Barry.

SALT LAKE CITY — Utah Transit Authority’s former Erie Lackawanna “Comet I” cars will be retired from service on April 18, the agency announced this week. The news comes just weeks after UTA announced that the cars were not going to be retired on April 2 as previously stated.

In a press release, the agency said that the cars had served the agency well since FrontRunner’s inception in 2008, but that they had reached the end of their usefulness.

“The Comet cars are 50 years old; they have exceeded their standard life span. It is becoming more difficult and costly to maintain the cars and replace worn or broken parts, which are nearly impossible to find,” the agency said. “The challenges of keeping the cars in good and safe operating condition for our riders necessitate their removal.”

UTA will retain a few of the cars as backups just in case they are needed.

The Comet I cars were built for EL commuter service in northern New Jersey in the early 1970s. The commuter coaches would work for EL and successor New Jersey Transit until the 2000s when 25 were sold to UTA, which was experiencing a huge spike in ridership. The cars are usually paired up with three bi-level Bombardier cars that were built new for UTA in the 2000s. NJT has not used Comet I cars since 2009 and many were scrapped the following year. A few of the cars have even ended up in museums, including at New Jersey’s Whippany Railway Museum.