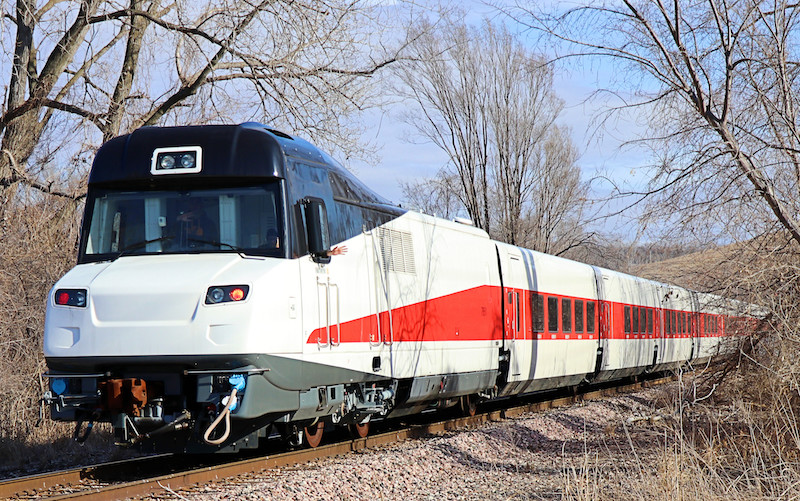 The Talgo trains were built for service between Milwaukee and Madison but later got caught in a political fight in Wisconsin. Photo by Tyler Silvest/Used Under Creative Commons.

MILWAUKEE — Two Talgo trains that were caught in the middle of a political fight in Wisconsin are now bound for Africa, about a decade after the trains were first constructed.

Talgo has sold two 14-car Series 8 trainsets to the Nigerian government that will be used in commuter service in Lagos, the country’s largest city and home to 15.3 million people. The two trains will be used on a newly-built 23-mile rail line, the first urban passenger system of its type in West Africa, according to a government press release. Lagos’ governor, Babajide Sanwo-Olu, was in Milwaukee this week to finalize the purchase.

The Talgo trains were built more than a decade ago and were going to be used on expanded Hiawatha passenger service between Milwaukee and Madison. That expansion was going to be funded by the federal government, but when Gov. Scott Walker, a Republican, was elected in 2010, he killed the expansion plan. Talgo sued for breach of contract since the trains were already under construction and eventually won $50 million from the state. Talgo began looking for a buyer for the two orphaned train sets but until now, no one had bit at the deal. It’s unclear when the trains will be shipped.