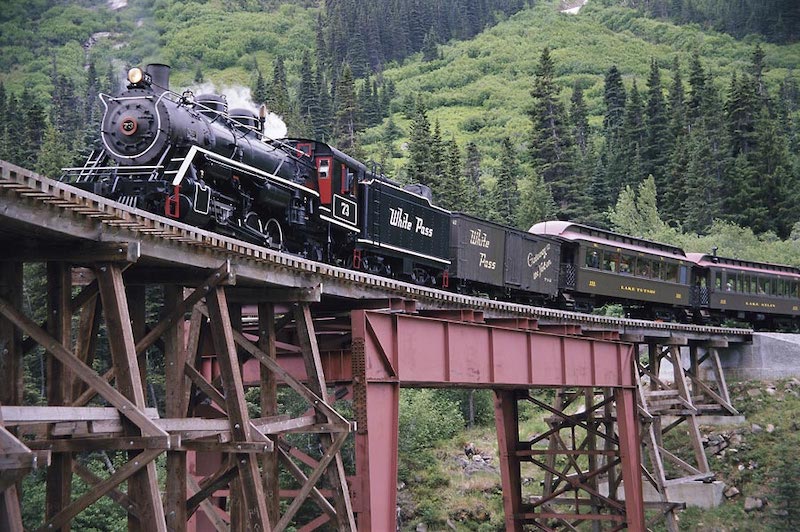 SKAGWAY, Alaska — The White Pass & Yukon Route has canceled its entire 2020 season due to the COVID-19 pandemic that has had an outsized impact on the railroad’s primary source of passengers: cruise ships. In a message posted online, the railroad said it is now booking tickets for the 2021 season.

This is the first year since the railroad opened up for excursions in 1988 that it will not be running. The railroad had ceased freight operations in the early 1980s and was dormant for six years until 1988 when cruise ships replaced container ships as the railroad’s lifeline. “White Pass has taken on and overcome many challenges over its 122-year history,” officials write. “We remain hopeful for the future and look forward to resuming service in 2021.”

While the railroad will not be running, crews are still busy in Skagway prepping a group of brand new diesel locomotives from National Railway Equipment Company in Illinois. Four locomotives have arrived in Alaska so far: two in the railroad’s iconic green and yellow scheme and two in a new black and red livery. Two more locomotives are reportedly on the way.