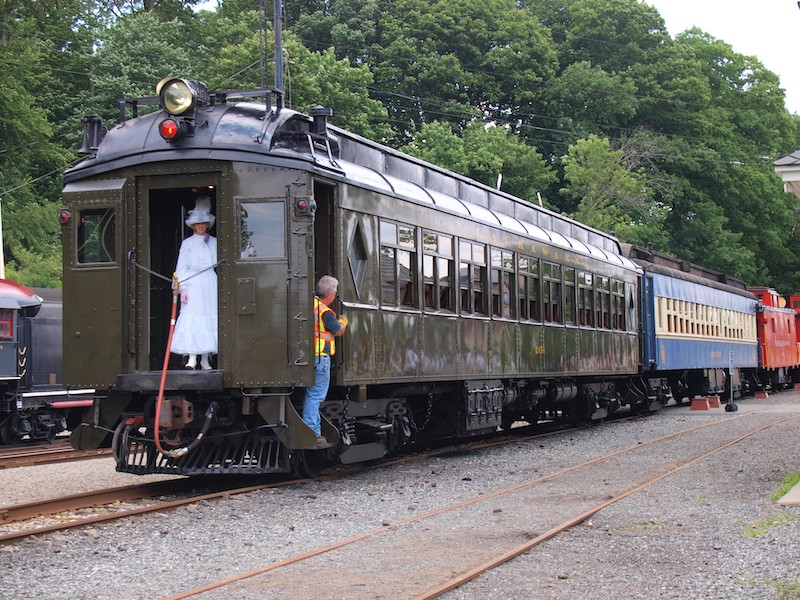 Built in 1912, Lackawanna 2454 was reserved for the railroad’s most exclusive commuters who paid an extra fare to ride. Photo by Steve Hepler.

WHIPPANY, NJ — A Delaware, Lackawanna & Western “Club Car” has returned to service following an extensive restoration by the Whippany Railway Museum and contractors. Lackawanna 2454 entered service on June 20, following christening and celebration at the museum.

Car 2454 was built in 1912 by Barney & Smith Car Co., in Dayton, Ohio, and later converted to an electrical propulsion MU car by American Car & Foundry Co. in 1930. During that conversion, it became a subscription club car, reserved for the railroad’s most exclusive commuters who paid an extra fare every month to ride it. In order to ride in the car, an individual had to be sponsored and voted in by the other members. The car was assigned to the Hoboken-to-Gladstone run, on a train known as “The Millionaire’s Express.” 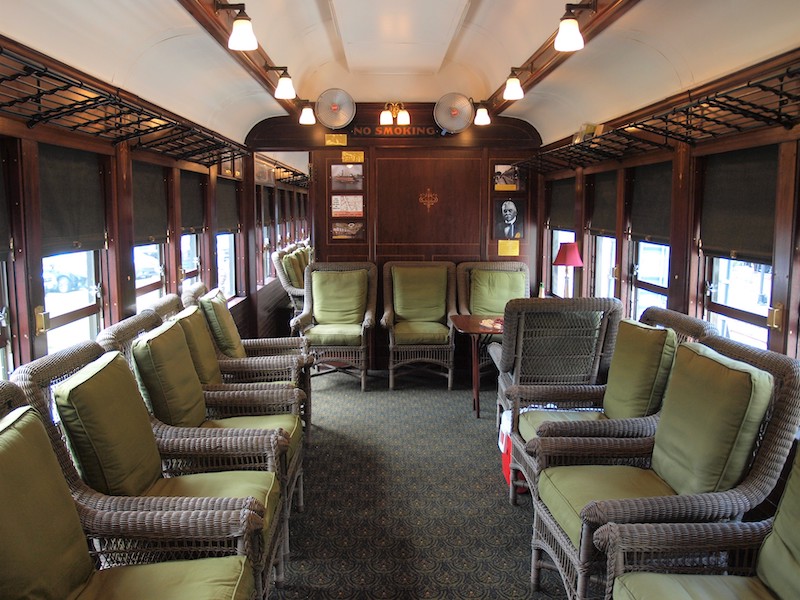 The car worked for the Lackawanna, Erie Lackawanna and finally NJ Transit until it was retired in August 1984. The car even had the honor of leading the Lackawanna MU’s retirement celebration excursion that month. Afterward, it was acquired by the United Railroad Historical Society of New Jersey. The car sat in storage for two decades before it was donated by URHS to the Whippany museum, which began an extensive restoration with the help of StarTrak, Inc., of Boonton. That restoration was completed this year.

The interior of the car now looks as it did in the 1930s. To celebrate, the railroad had a Miss Phoebe Snow reenactor (played by Lauren Stauffer, granddaughter of the Morris County Central Railroad founder, Earle H. Gil, who began New Jersey’s first standard gauge steam preservation railroad at Whippany in 1965) christened the car. Afterward, the car entered regular excursion service.

For more information about the car and the museum’s excursions, visit WhippanyRailwayMuseum.net.