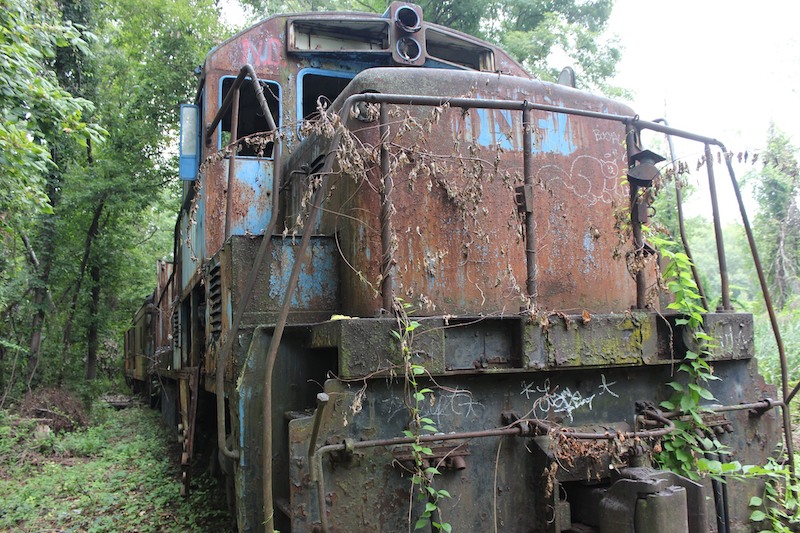 GLENMONT, N.Y. — While the future appears bright for two rare New York Central electrics stored near a New York power plant, the days are numbered for two nearby diesel locomotives.

This month, the Danbury Railway Museum is preparing to move two vintage electric locomotives it owns — S-1 6000, built by Alco/GE in 1904, and T-3a 278, built in 1926  — from Glenmont to its facility in Danbury. But the museum said a U25B and RS-3 that are also at the power plant will most likely be scrapped. The RS-3, a former Penn Central/Amtrak locomotive, was deemed to be too far gone to be saved. But the U25B, built as NYC 2510 and last used by Conrail, was deemed to be a good fit for the museum’s collection. Museum officials noted the locomotive was rare in its own right and even ran in Danbury in regular service. But officials said it was not meant to be.

“We spent time securing the engine, and testing its air brakes while we waited for a move quote, and upon receiving one we are disheartened to say that at this time we will not be pursuing saving this locomotive due to the logistics of this endeavor and that is cost-prohibitive,” the museum wrote online.

Museum officials tell Railfan & Railroad that there are a number of access issues with the site where the locomotives are currently stored, including soft ground and limited road access, and moving the electrics alone is expected to cost more than $160,000.