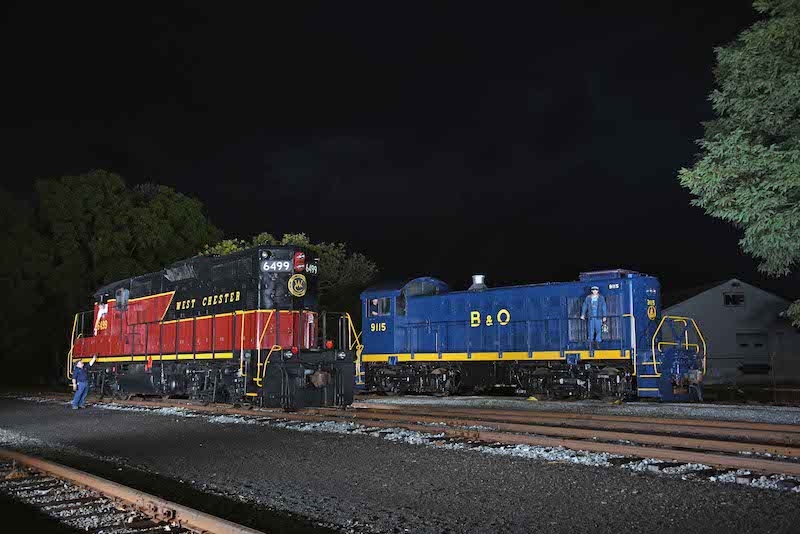 Over the past few weeks, crews returned Alco S2 3 to its Baltimore & Ohio colors and number. At the same time, GP9 6499 (built for the B&O) received a new scheme of black and maroon with a yellow separation stripe and lettering. Both were on display during the Sunday, September 25 anniversary event.

Built in 1949, the 1,000-h.p. Alco served as B&O 9115. It migrated to industrial service and was used briefly by Wilmington & Western and Delaware Valley railroads before coming to West Chester. It was one of the first locomotives to operate there, pulling work trains during the rebuilding of the line and passenger trains during the first few seasons before being sidelined in 2005 with mechanical issues.

Last year, there was a plan to donate the Alco to the Berkeley County Roundhouse Authority in Martinsburg, W.Va. But that fell through and now the switcher will stay in West Chester. There’s also talk that the locomotive may be restored to service.

West Chester has a full slate of upcoming fall and holiday trains to round out the 2022 season. For more, check out www.wcrailroad.com.