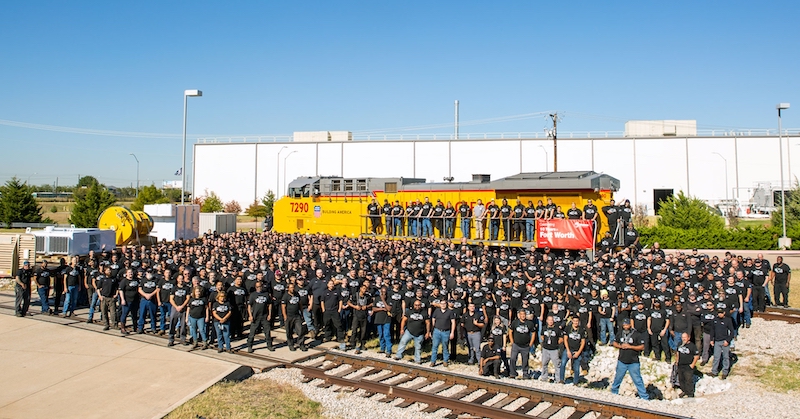 Wabtec recently celebrated the 10th anniversary of the opening of its Fort Worth, Texas, location. Photo Courtesy of Wabtec.

FORT WORTH, Tex. — Wabtec Corporation celebrated ten years at its Fort Worth, Texas, locomotive manufacturing facility this month. In the last decade, the company (formally GE Transportation) has produced 3,000 new locomotives, kits, and modernized locomotives for railroads in North America and Australia.

Wabtec/GE opened the 1 million square foot facility in October 2012. The company also builds mining equipment on the site. At the time, the facility covered 71 acres, but today has grown to 94 acres. The facility also has seven miles of test track. About 900 people currently work for Wabtec in Fort Worth.

Wabtec/GE delivered its first new locomotive to BNSF Railway in 2013, and its first rebuild to Norfolk Southern in 2017.

“This anniversary is a tribute to the dedication and focus of the Fort Worth team,” said Justin Downs, Group Vice President for Wabtec’s Freight Operations. “They have positioned the site as one of Wabtec’s most productive operations by demonstrating the ability to take on different types of work and exceeding customer expectations.”