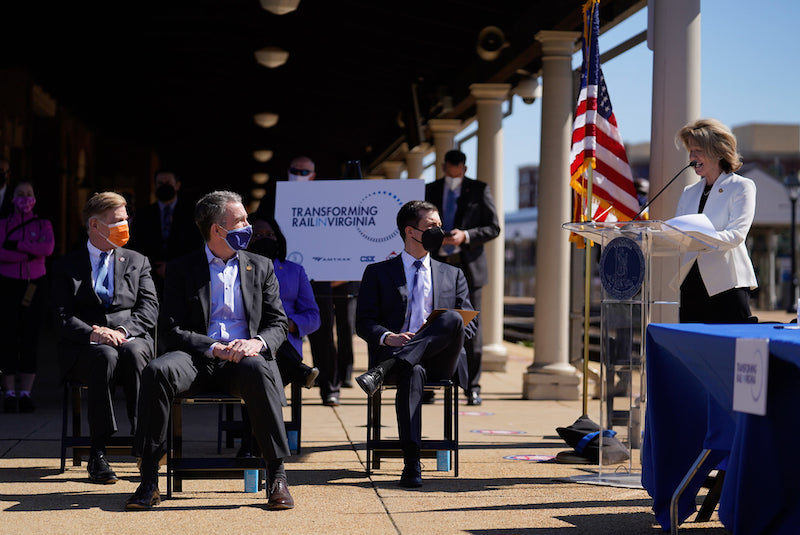 ALEXANDRIA, Va. — The Commonwealth of Virginia has finalized a $3.7 billion deal with CSX Transportation, Amtrak and Virginia Railway Express to dramatically improve passenger rail service there.

As part of the project, Virginia will build a new double-track bridge over the Potomac River dedicated to passenger trains and purchase 386 miles of railroad right-of-way and 223 miles of track from CSX. State officials have said the deal will result in near-hourly Amtrak service between Washington D.C. and Richmond and a 60 percent increase of service on VRE.

“We have an unprecedented opportunity to build a 21st-century rail system in Virginia and along the entire East Coast,” said Governor Ralph Northam. “This historic initiative will help get people and goods where they need to go more efficiently, reduce congestion and pollution, and create a more inclusive economy. Together with our partners at Amtrak, CSX, and VRE, we are making critical investments that will fundamentally transform our transportation infrastructure, delivering long-term economic benefits for our workers and communities as we rebound from the pandemic and into the future.”

The deal was announced in Alexandria and included remarks from Northam, Secretary of Transportation Pete Buttigieg and Amtrak CEO Bill Flynn.

The state plans on spending the next decade adding capacity to the existing lines (specifically second and third tracks in certain chokepoints) and laying the foundation for the north end of the proposed Southeast High-Speed Rail Corridor. The deal will also preserve the freight corridor between Doswell and Clifton Forge for future east-west passenger service.

Amtrak has committed $944 million over the next decade to cover about 30 percent of the improvements outlined in the Transforming Rail in Virginia program. In addition, the Commonwealth and Amtrak are entering into a long-term partnership for six new state-supported daily roundtrips, and Amtrak will be Virginia’s exclusive provider of intercity passenger rail service along the I-95 corridor for at least 30 years.

“Amtrak is thrilled to be supporting this game-changing rail investment program as an investor and partner,” said Amtrak CEO Bill Flynn. “Virginia is a model for the nation in recognizing the role passenger rail plays in connecting people and economies. Expanding our state-supported intercity corridors gives us greater opportunities to meaningfully address the carbon crisis and enhance mobility as our population continues to grow.”