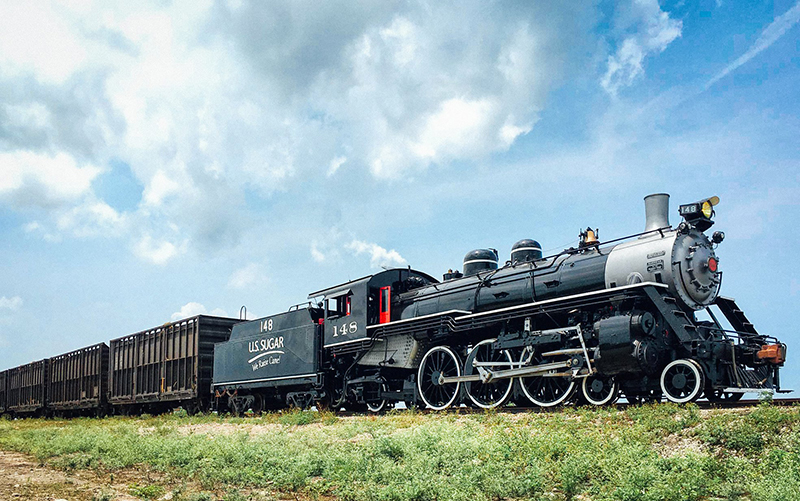 Former Florida East Coast 4-6-2 148 moved under its own power this weekend for the first time in more than four decades following an extensive restoration by the U.S. Sugar Corporation.

U.S. Sugar repatriated the former Florida East Coast 4-6-2 in 2016 and plans to run it on the South Central Florida Express, its cane-hauling short line. The locomotive was restored in partnership with FMW Solutions, LLC, a railroad consulting and mechanical services firm. According to a social media post, U.S. Sugar and FMW did a number of successful test runs with the locomotive over the weekend.

The test runs came just in time for the locomotive’s 100th birthday.

The restoration at U.S. Sugar is a homecoming of sorts for the classy looking Pacific. The oil-fired locomotive was built at Alco’s Richmond Works in April 1920 and worked in passenger service for FEC before being sold to U.S. Sugar in 1952. At U.S. Sugar, the locomotive moved sugar cane from the fields to a mill at Clewiston, Fla. After it was retired by US Sugar, 148 briefly returned to passenger service in the 1970s at New Jersey’s Black River & Western and Morristown & Erie. The locomotive saw a number of owners after that and spent time in Colorado, Michigan and Connecticut. In each instance, hopes to restore the locomotive to operation always faltered.

In late 2016, U.S. Sugar repurchased the locomotive and brought it back to Clewiston for restoration.

South Central Florida Express operates on more than 200 miles of track in central Florida, much it still used to haul cut sugar cane from field to factory, the last such operation in the country. The company has not announced specific plans for the locomotive but has indicated in the past that public excursions are a possibility.

A few other Florida East Coast 4-6-2 locomotives remain and one is currently for sale. The Gold Coast Railroad Museum near Miami has two FEC Pacific and recently put one of them, 113, on the market. The museum plans to keep its sister 153.

U.S. Sugar is encouraging people to signup for updates about the locomotive at a new website.