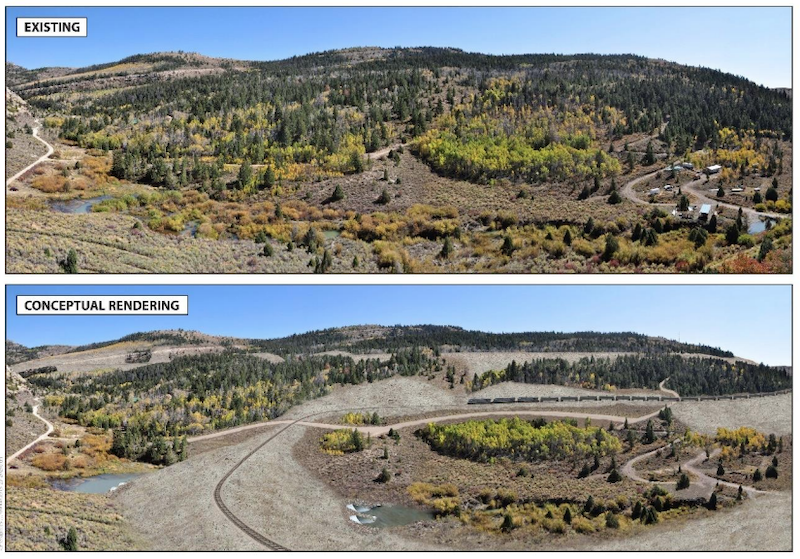 FORT DUCHESNE, Utah — The proposed Uinta Basin Railroad has received the backing of the Ute Indian Tribe. The support is seen as critical for the proposed railroad that will reach deep into Utah’s Uinta Basin to tap oil and gas reserves.

The support comes as the U.S. Surface Transportation Board considers whether or not it will permit the construction of an 85-mile railroad, the largest railroad building project in the United States in more than a generation, going back to when the Chicago & North Western expanded into the Powder River Basin. Earlier this year, the STB issued its final environmental impact statement, which clears the way for a permitting decision.

“Oil and gas production on the reservation is the most significant source of revenue for the Ute Indian Tribe,” officials wrote. “Royalties derived from these minerals enable the Tribal government to provide critical services to its membership of almost 3,000 members. The highs and lows of commodity markets, economic cycles and geopolitical turmoil all pose risks to this vital source of funding used for education, health, policing, public works, housing, food services, natural resources and sovereign defense. The Uinta Basin Railroad enhances and expands access to both national and international markets.”

The tribe is also a 5 percent equity owner of the proposed railroad with the option to purchase more.