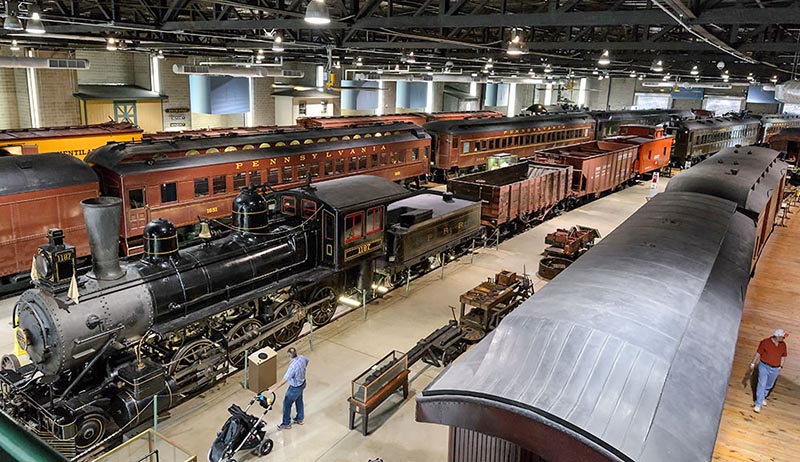 The extensive collection of the Railroad Museum of Pennsylvania is just one of the stops on our fantastic five-day tour of heritage railroads in Pennsylvania and Delaware!

To kick off 2019, we’re trying something new… We’ve teamed up with expert tour operators Country Travel Discoveries to put together a fantastic tour of heritage railroads in Pennsylvania and Delaware. Development of the railroads in this region made industrial growth and passenger travel possible across a wide area, and played a major role in westward expansion in the 19th century. Today, many of those historic lines live on as tourist and heritage railways. Whether you are interested in going behind-the-scenes in the repair shops, kicking back and enjoying a scenic ride, or getting some great night photos, this tour is for you! The itinerary was specifically designed by railfans, for railfans. What’s more, Railfan & Railroad editors Steve Barry and Otto Vondrak will be your guides on this exciting five-day adventure this September!

Day 1: Wednesday, September 11: Our tour begins with an evening welcome dessert reception at the Courtyard Philadelphia Airport. Steve and Otto will be there to meet and greet our fellow travelers. 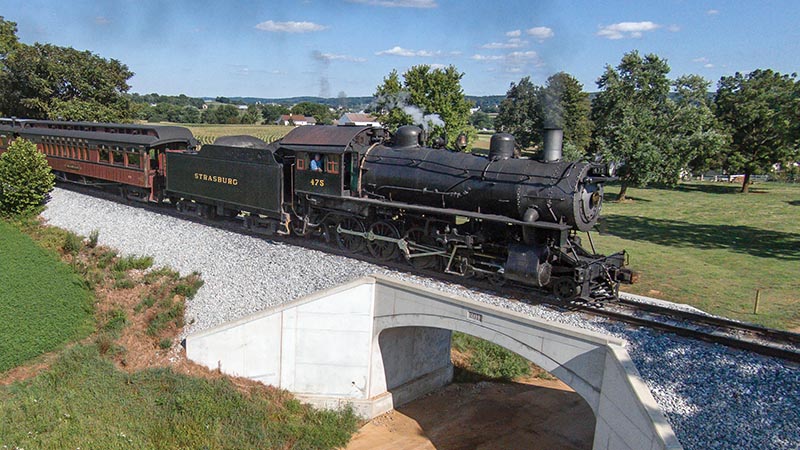 Day 2: Thursday, September 12: The morning begins at the Strasburg Rail Road in the heart of Pennsylvania’s scenic Lancaster County. We have arranged an exclusive guided tour of the railroad’s repair shops as part of our visit. Next, we ride the rails aboard an authentically restored steam train on a 45-minute run to Paradise and back. We timed our trip so you’ll be able to get photos of the next train before it pulls out of the station. Lunch is an included all-you-can-eat buffet at Miller’s Smorgasbord, a homey Pennsylvania Dutch-style eatery. From there, we are off to the Railroad Museum of Pennsylvania, which features a historical collection of more than 100 locomotives and rail cars on display. Afterward, you have the choice of returning to the hotel, or participating in an exclusive night photo session at Strasburg coordinated by our staff. 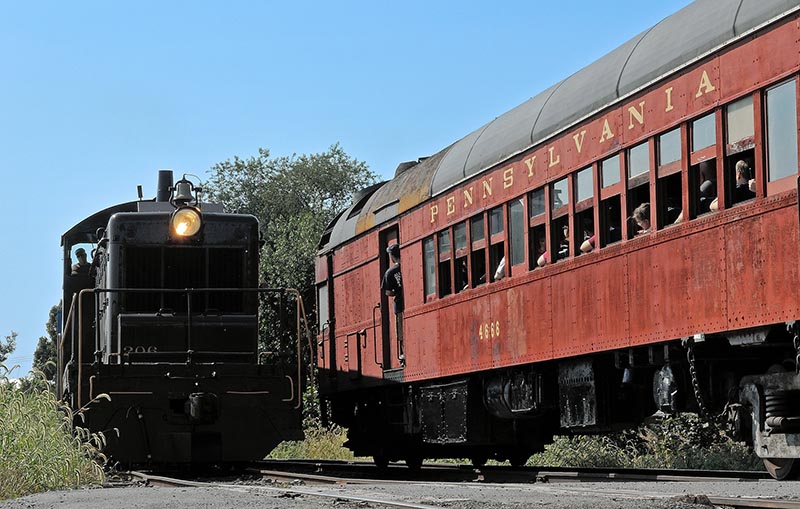 Day 3: Friday, September 13: We’ll spend the entire day at the Allentown & Auburn Railroad, a route that can trace its beginnings back to 1853. Originally planned to be a direct connection to the rich coal fields of eastern Pennsylvania, it was never fully completed and later became a sleepy branch line of the Reading Company. The A&A currently operates a four-mile scenic line from Topton to Kutztown. We’ll enjoy beautiful rural landscapes from our two-hour-long morning charter aboard a mixed train which features both passenger and freight equipment. Lunch is served at the charming depot in Kutztown. In the afternoon, we spend three hours riding one of the A&A’s most unique historic pieces of equipment, Pennsylvania Railroad 4666, one of only a handful of 1930 Brill gas-electric “Doodlebugs” left in existence. After dinner on your own, you can participate in a night photo shoot featuring some of the museum’s best equipment pieces, once again led by Steve and Otto. 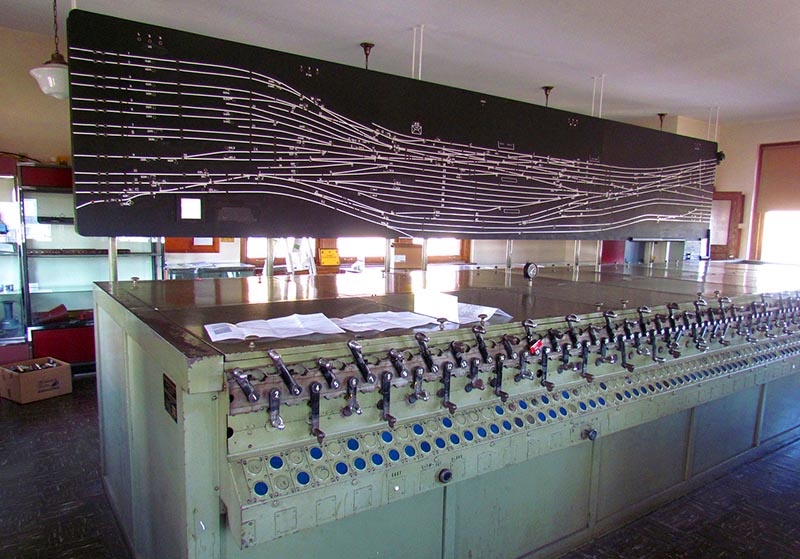 Day 4: Saturday, September 14: No tour of eastern Pennsylvania would be complete without a visit to the Harris Switch Tower Museum, located in the state’s capital of Harrisburg. The retired interlocking tower was purchased by the Harrisburg Chapter of the National Railway Historical Society in 1992 and listed on the National Register of Historic Places in 1994. The restored second floor contains the tower’s interlocking machine; its 113 levers were used to control all of the switches and signals in the tower’s territory.
After lunch at the historic Glen Rock Mill Inn, we’re off to Steam into History, a Civil War-themed heritage railroad based in New Freedom. There will be plenty of time to ride and take photos of their replica 1860s 4-4-0 steam engine as the railroad has been chartered for our group’s exclusive use. Once again, you have the option of returning to the hotel in the evening, or sticking around for a special night photo session. 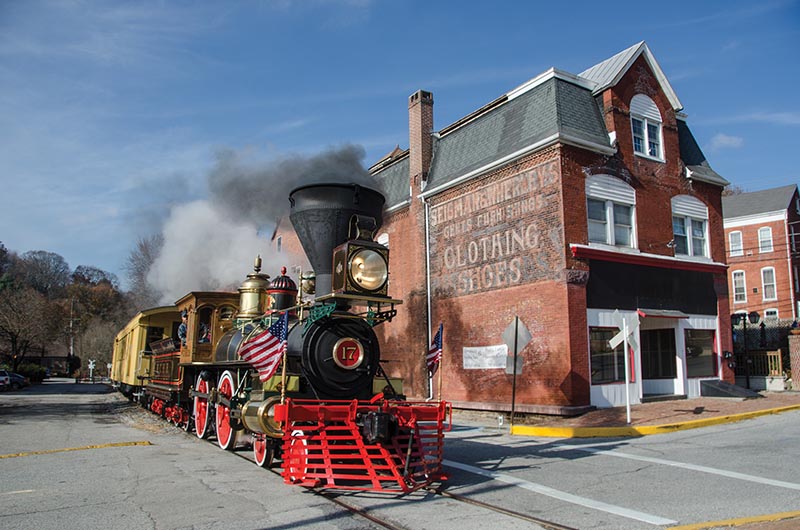 Day 5: Sunday, September 15: Our day begins with a scenic stop at Conowingo Dam, a large hydroelectric dam on the lower Susquehanna River. From there, we’re off to our last stop of the tour, the Wilmington & Western Railroad in Wilmington, Del. Dating back to the early 1870s, the railroad was used to move goods and passengers through the Red Clay Valley. The W&W’s ten miles of track wind through some of the prettiest scenery in the tri-state area. You’ll enjoy the sights and sounds of Delaware’s only excursion train on our two-hour journey along this former Baltimore & Ohio branch line. 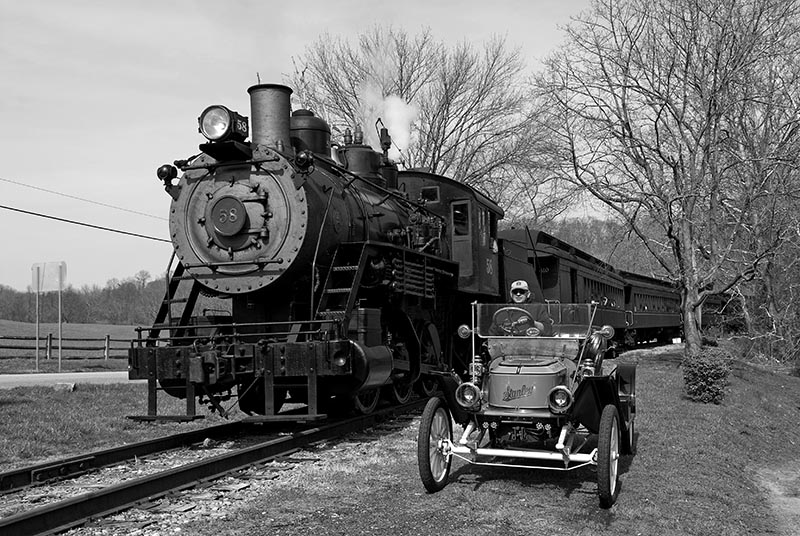 The tour departs from and returns to Philadelphia, with free airport shuttle or hotel parking available. This five-day adventure includes nine meals, hotels, and all fees and gratuities. Prices per person for double occupancy are $1,597 or single for $2,082. Additional hotel stays at the Courtyard Philadelphia Airport before or after the tour can be reserved for $228 per night. There are only 40 seats available for this trip, so make your reservations today. We look forward to seeing you aboard!