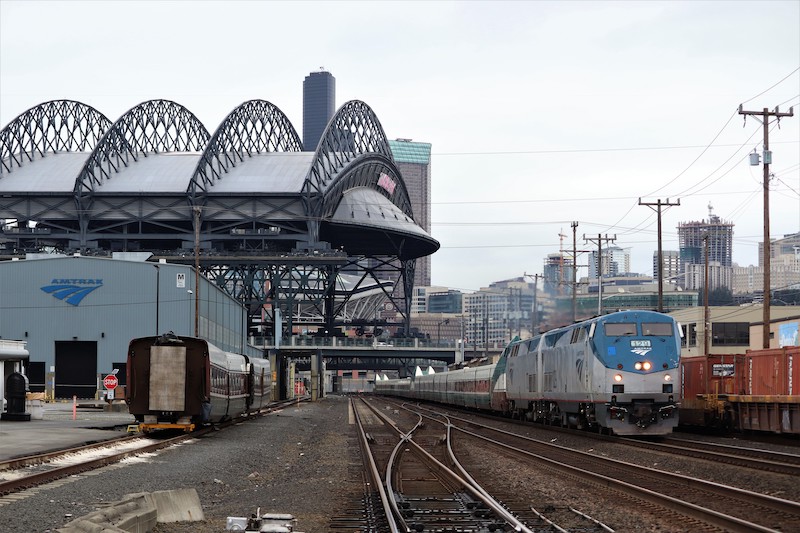 SEATTLE — Amtrak and Washington State DOT have reached an agreement with Coast Rail Services of Anaheim, Calif., to dispose of the remaining Talgo Series 6 trainsets that have been stored at Seattle’s King Street Station after being deemed unsafe by the National Transportation Safety Board following a fatal 2017 wreck. The cars were used on Amtrak’s Cascades service between Vancouver and Eugene, Ore., for more than two decades and the power cars featured a unique tail fin.

On Sunday, February 28, Amtrak special move train 865 departed Seattle with two P42 locomotives and the Mount Rainer and Mount Baker trainsets. The move followed the typical route and schedule of Amtrak’s Coast Starlight from Seattle to the Bay Area. Railfans across the Northwest gathered along the Puget Sound, online via Virtual Railfan’s Chehalis, Wash., camera and along the Willamette Valley to witness the funeral run of the Talgo Series 6.

Originally built in Spain by Talgo S.A., the Talgo demonstrator trainsets first debuted in the Pacific Northwest in the early 1990s. Building on the success of the earlier Northwest Talgo trials, Amtrak’s Cascades service was launched in 1998 with four Talgo 6 trainsets painted in the service’s cream, cappuccino (brown) and evergreen (dark green) scheme. Cascades service gradually expanded to cover the entire Pacific Northwest corridor from Eugene, Ore., to Vancouver. In 2020, service to Vancouver was annulled due to the COVID-19 border closure. Regular U.S. corridor service was also reduced to one trip each direction daily. 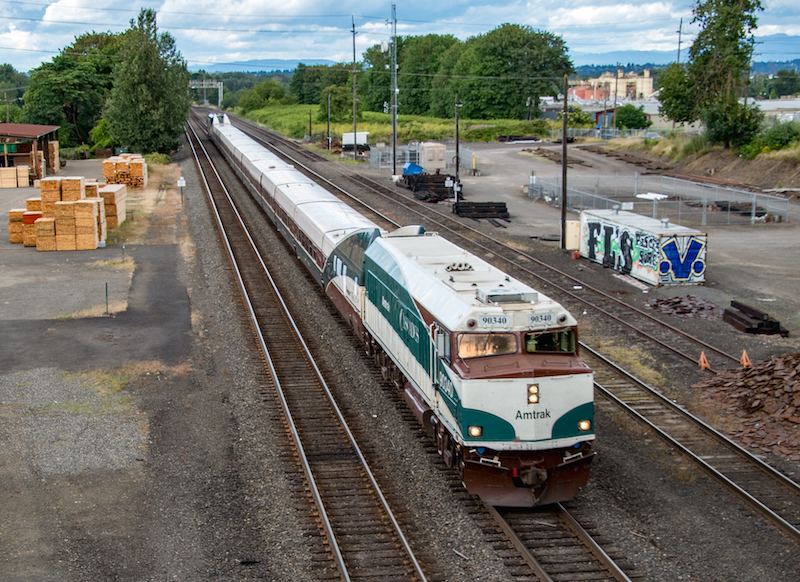 The funeral train represented the departure of the final pair of original Cascades trainsets in the Northwest. The Mount Baker, Mount Hood, Mount Rainier, and Mount Olympus were the first four trainsets purchased directly by Amtrak and WSDOT. The Mount Adams trainset was originally purchased by Amtrak for a Los Angeles to Las Vegas service that never came to fruition. It was sold to WSDOT and transferred to Cascades service in 2004. The Mount Adams trainset was destroyed in the 2017 wreck of Amtrak 501 at Dupont, Wash. The Mount Hood and Mount Olympus trainsets were moved to Amtrak’s Beech Grove facility in 2020 and are rumored to also be moving to Coast Rail Services sometime in the future.

Cascades service continues to operate with two Talgo Series 8 trainsets purchased by the State of Oregon in 2013 and Amtrak Amfleet and Horizon cars to fill in as needed. The FRA has awarded the State of Washington $37.5 million to purchase new equipment for Cascades service, but no official plans have been announced. 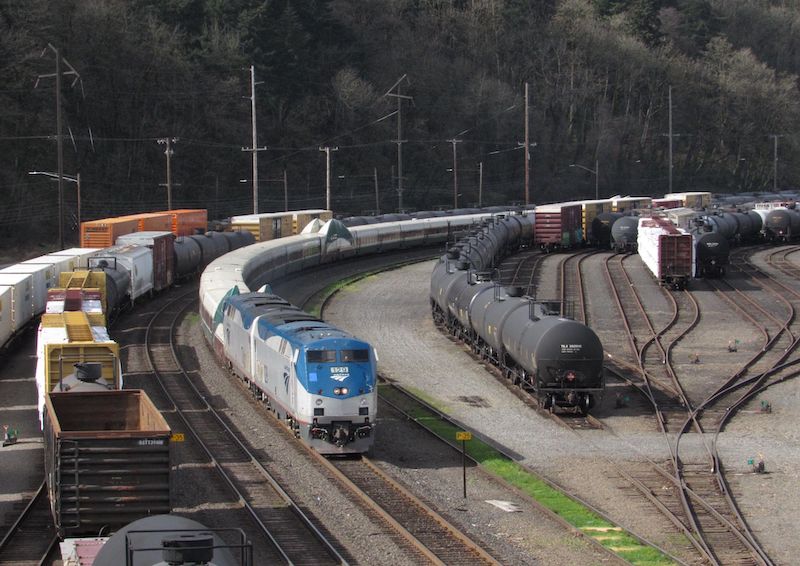