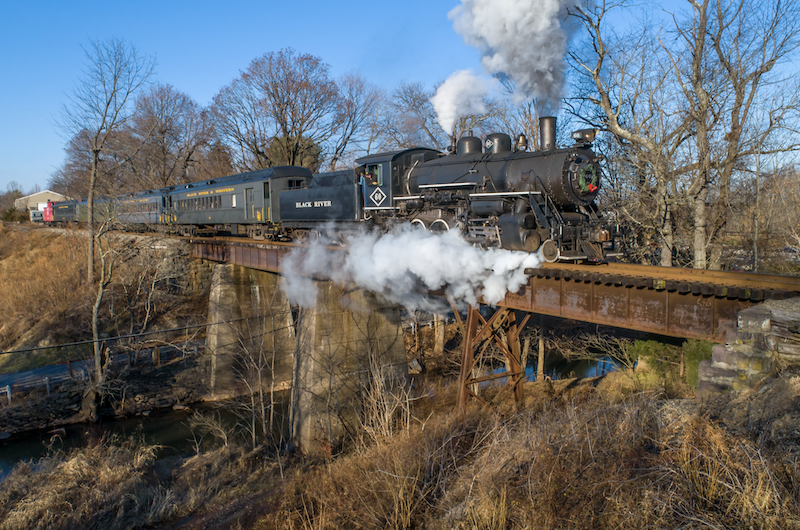 Black River & Western’s former Great Western 2-8-0 returned to service for the first time in more than a year. Photo by Steve Barry.

FLEMINGTON, N.J. — Steam has returned to New Jersey’s Black River & Western. This weekend, the tourist railroad fired up its former Great Western 2-8-0 60 for regular excursion service for the first time in two years.

Besides the pandemic, which curtailed some of the railroad’s regular operations in 2020, the classic branch line steam locomotive was also down with mechanical issues. The locomotive ran on July 3 and 4 and on Tuesday, the railroad announced that it would power excursions every weekend through Labor Day.