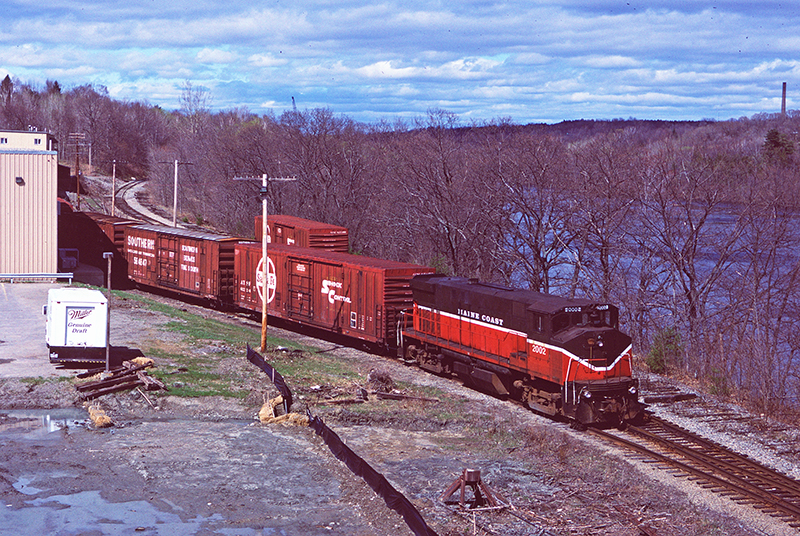 Maine Coast M420 2002 is seen at Pine State Trading Co., in Augusta, Maine in 1997. This section of former Maine Central is now owned by the State of Maine. Photo by Justin Franz.

AUGUSTA, Maine — Stakeholders in central Maine are asking the state to do something with 33 miles of former Maine Central track through the scenic Kennebec Valley.

The trackage is owned by the state and was once part of the MEC’s “Lower Road” main line. MEC maintained two main lines connecting Portland and Waterville. Guilford Rail System used both into the late 1980s but then decided to abandon the middle section of the Lower Road in favor of what was called the “Back Road,” which served a number of papermill branches. The state specifically owns the section of track between Brunswick and Augusta. 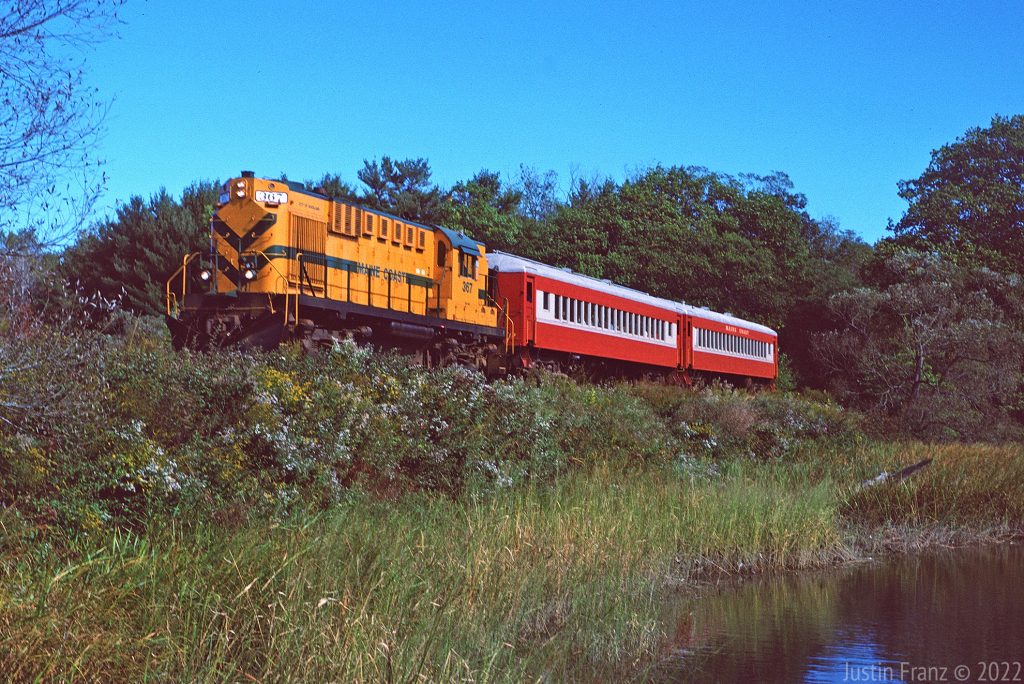 The line has not seen regular freight service since about 2000 when the Maine Coast used to run on it. The last trains to operate on the line were passenger excursions by Maine Eastern. But otherwise, the tracks have sat unused. A trail has been built alongside the north end of it between Augusta and Gardner.

Now stakeholders in the Kennebec Valley are urging the state to decide what it wants to do with the rail line. In response, the state has formed a council that has nine months to come up with a solution, the Kennebec Journal reports. Ultimately it appears there are four options: use it for rail service, build a temporary trail over it (it’s not abandoned so if the need for rail service was ever needed it would legally have to be restored), build a trail alongside it, or keep it as is. Regardless of what side of the debate people are on, either pro-rail or pro-trail, it appears no one wants the last option.