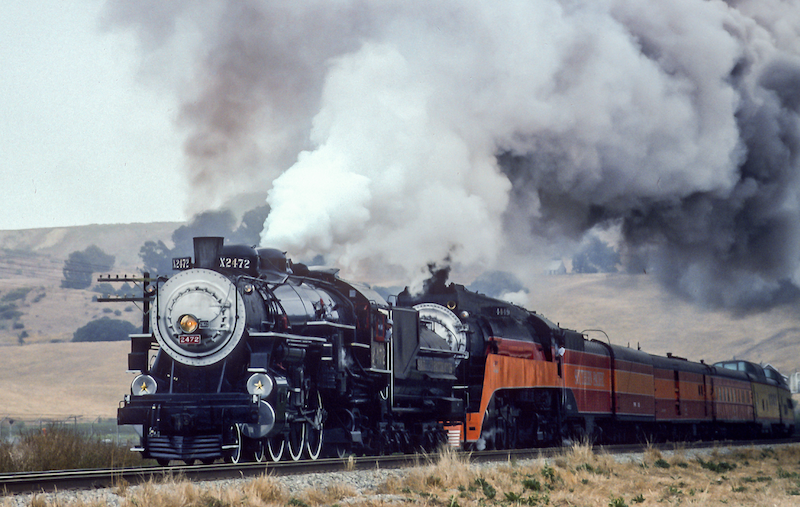 The Labor Day Weekend excursions will likely be the last time the locomotive runs before its 15-year overhaul. Southern Pacific 2472 is seen with SP 4449 on an excursion in 1992. Photo by Steve Barry.

SCHELLVILLE, Calif. — The Golden Gate Railroad Museum announced this week that Southern Pacific 4-6-2 2472 would be leading a series of excursions on the Northwestern Pacific Railroad on September 4 and 5. The excursions will be the first behind the Pacific since 2015.

Organizers call it a “must-attend” event as this will likely be the last time the locomotive leads a public excursion before it goes down for its 15-year-overhaul. Trips will operate between Schellville and Napa River, departing at 10 a.m., 12 p.m., 2 p.m. and 4 p.m., each day. Tickets range from $70 to $100 and can be purchased online.

SP 2472 was built by Baldwin in 1921 and was used in passenger service until the 1950s. It was first restored to service in the 1990s and ran on excursions in the Bay Area. In the 2000s, it called the Niles Canyon Railway home before being moved to the Northwestern Pacific in early 2020. The locomotive last led a public excursion in 2015.